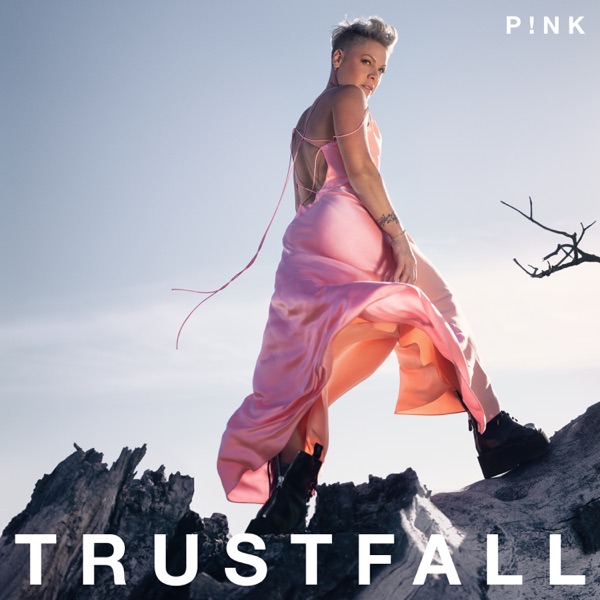 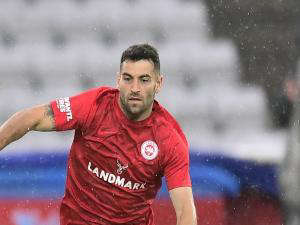 Davy McDaid had a goal disallowed in the first half

Larne have crashed to a 4-0 defeat against Paços de Ferreira in Portugal, leaving them with a mountain to climb to progress in the UEFA Europa Conference League qualifiers.

Paços started off on the front foot and might have taken an early lead when, on three minutes, Denilson tested Rohan Ferguson with a stunning volley but the save was as good as the effort itself.

The Brazilian had another chance soon after, albeit finishing poorly, before Luis Carlos was thwarted by Dean Jarvis's timely intervention just as he was about to tap home.

However, after this early onslaught, Larne began to settle into the game and as the first progressed started to craft the occasional half chance and enjoy more possession.

They even had the ball in the net on 40 minutes thanks to the lively Davy McDaid - but it was ruled out for Cian Bolger's foul on the keeper.

However, right on the stroke of half-time, Larne were dealt a sucker punch when Denilson made the most of an error by Ferguson in dealing with a back pass to stab the ball over the line.

Tough night at the office for Tiernan Lynch's team in Portugal. 2nd leg at Inver Park next week. The winners of the tie will face @SpursOfficial in a play-off for the group stages.#UECL

Unfortunately, three goals in the second half saw the home side end with a commanding lead going into next week's return at Inver Park.

On 70 minutes Denilson doubled his tally for the evening after another defensive error - then, three minutes after that, Eustáquio extended Paços' lead with a strong finish into the bottom corner after doing well to control the ball on the edge of the box.

Then, right at the end, substitute Zé Uilton bagged a fourth after beating the offside trap to slot home from ten yards. 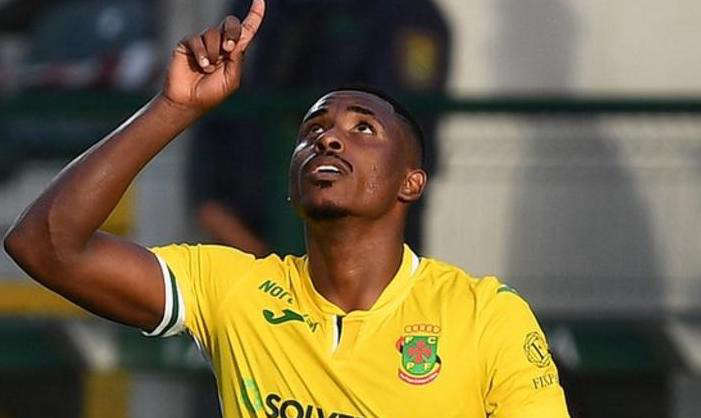