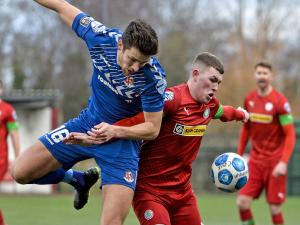 Covid-19 testing is to be provided in the Danske Bank Premiership for the first time.

Test kits will be available for players, coaches and match officials ahead of the season resuming next Saturday after a two-week break.

The initiative is jointly funded by the Northern Ireland Football League and Irish FA.

Testing will take place for an initial period of four weeks.

The NI Football League and the Irish FA have announced the roll out of Covid-19 tests for Danske Bank Premiership clubs ahead of the next round of fixtures on Saturday 23 January.

Northern Ireland international Gavin Whyte is on the move.

The 24-year-old winger has joined Hull City from Cardiff in a loan deal until the end of the season.