Sport thwarted from UAE to Tandragee, but date named for Frampton fight 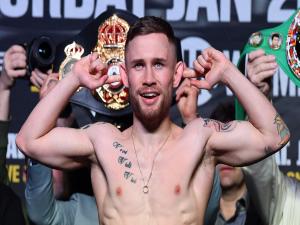 European rugby's Champions Cup has been suspended after the French government said its clubs should not play in the competition this month.

Ulster's pool games against Gloucester this Saturday and Toulouse the following Sunday are now postponed.

Ireland's second one-day game against United Arab Emirates in Abu Dhabi on Tuesday was called off due to four further Covid cases for the home side. Thursday's scheduled encounter between the teams was also then postponed.

And the Tandragee 100 road races planned for the County Armagh course on the first of May are cancelled, again because of the pandemic.

It’s a date. Confirmed - NI hero Carl Frampton will bid to become a three-weight world champion when he takes on the WBO world super featherweight champ Jamel Herring in London on February 27

But one event apparently is going ahead...

Belfast boxer Carl Frampton will bid to become a three-weight world champion when he fights in London next month.

A date's been set for his showdown with WBO world super-featherweight champion Jamel Herring - it's Saturday February 27th.

The contest was originally scheduled to take place in the middle of last year but has been delayed by Covid-19.