Things Can Only Get Better 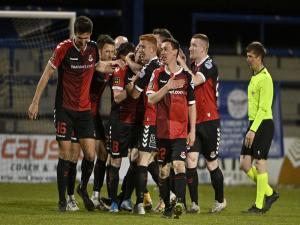 Round one of this season’s Sadler’s Peaky Blinder Irish Cup kicked off on Tuesday night with seven of the 10 opening ties being played.

Paul Heatley’s late long-range strike was enough to send Crusaders through to the second round at the expense of Coleraine.

1-0 the final score at the Showgrounds.

Dean Shiels’ Dungannon Swifts saw off Glenavon with a 2-1 victory in Lurgan.

Matthew Snoddy was sent off for the home side in the 69th minute.

It was a winning start for the new backroom team at Stangmore Park:

There was also a comfortable 5-1 win for Cliftonville against Portstewart.

Andy Waterworth and Shayne Lavery were on target as Linfield defeated Annagh United 2-0 at Windsor Park.

What a performance from the Championship side who stopped the Premiership leaders from scoring in the first half and could have nicked a goal themselves. 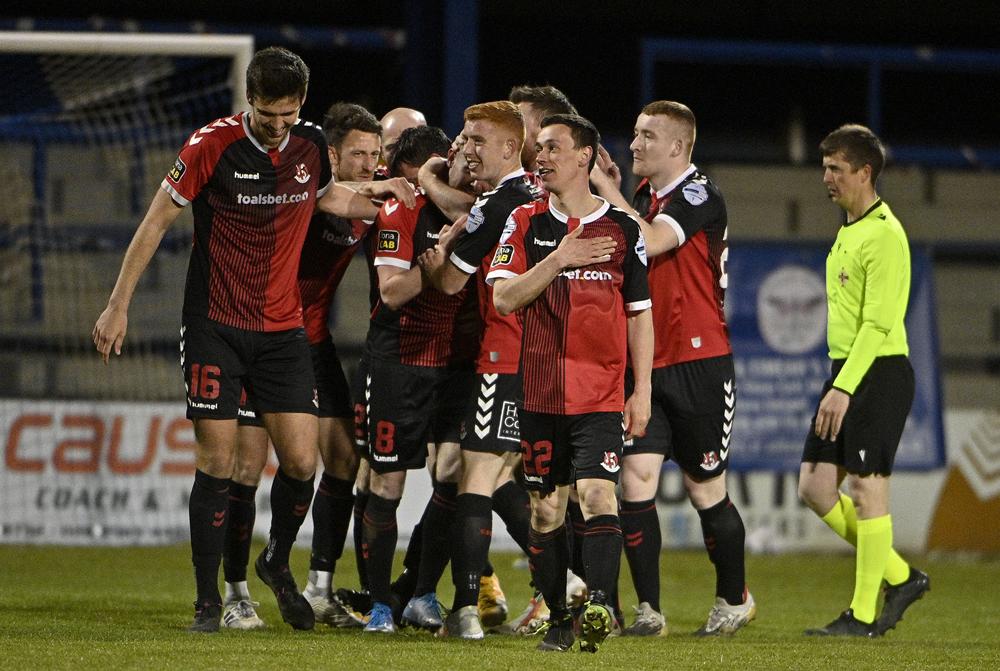 The final three ties of the round will be played on Saturday (1 May) with Ballinamallard United welcoming Dergview, Kockbreda hosting Newington and Loughgall taking on Banbridge Town. 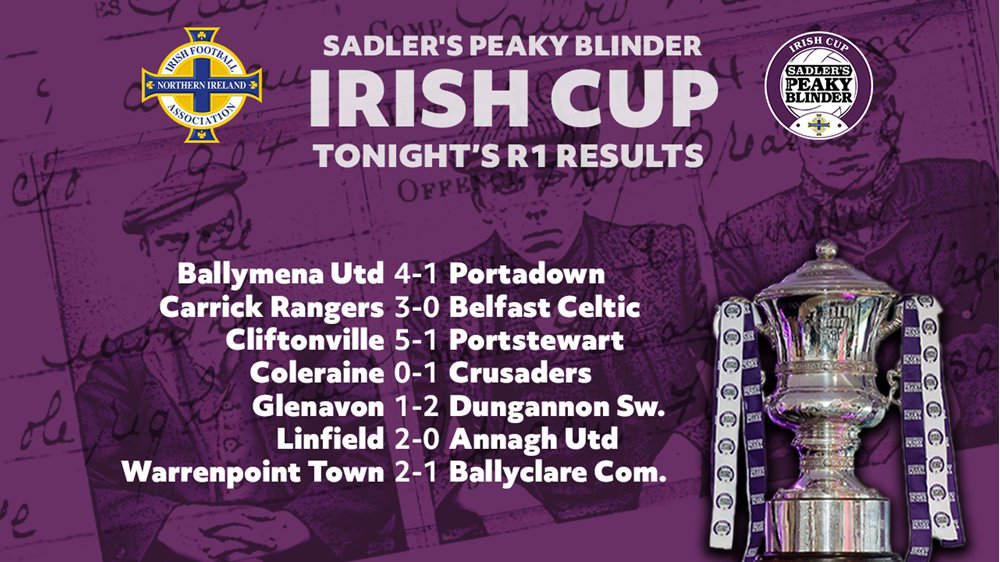 Champions Glentoran launch their defence of the title at home to Crusaders Strikers.