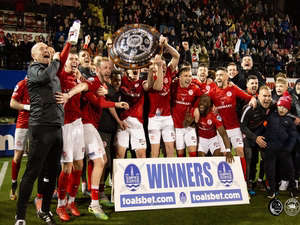 Larne have retained the Toals County Antrim Shield, beating Linfield 1-0 in the final at Seaview.

Full-back Tomas Cosgrove headed the only goal of the game 13 minutes from time.

Larne won the trophy for the first time in their history last year and it's now on the way back to Inver Park.

There was a sad end to the game for Blues forward Jordan Stewart who was stretchered off with what appeared to be a serious injury.

Larne retain their trophy at Seaview thanks to a second-half header from Tomas Cosgrove. Linfield forward Jordan Stewart stretchered off in added time. #ToalsCAS pic.twitter.com/ODDbP3m64q

In the league, Dungannon Swifts came from a goal down to pick up a huge three points with a 2-1 victory over Warrenpoint Town at Milltown.

Debutant Adam Wixted fired 'Point ahead in the second half.

It proved to be a shortlived advantage, however, when the Swifts levelled just six minutes later through James Knowles after his superbly struck curling free-kick from around 30 yards out went over the wall and beyond substitute keeper Andy Coleman, who had replaced injured Conor Mitchell earlier in the game.

That was how it stayed until five minutes from time. Knowles turned provider with a run into the area before laying the ball off for Darragh McBrien to clinically finish beyond Coleman and earn Dean Shiels' side the points. 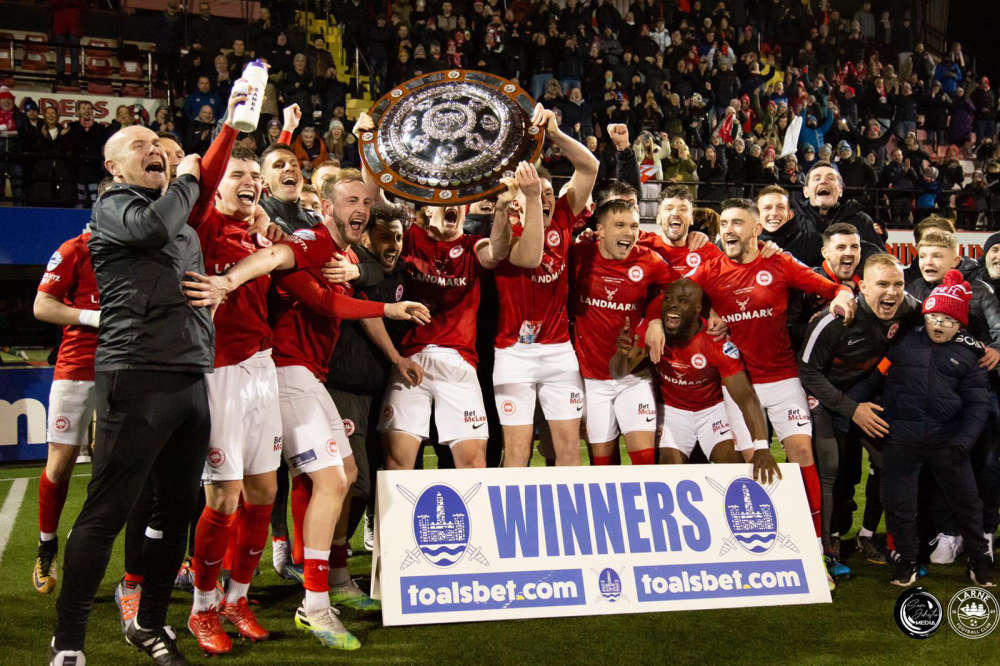 Larne have retained the County Antrim Shield, beating Linfield 1-0 in the final at Seaview