How Will I Know 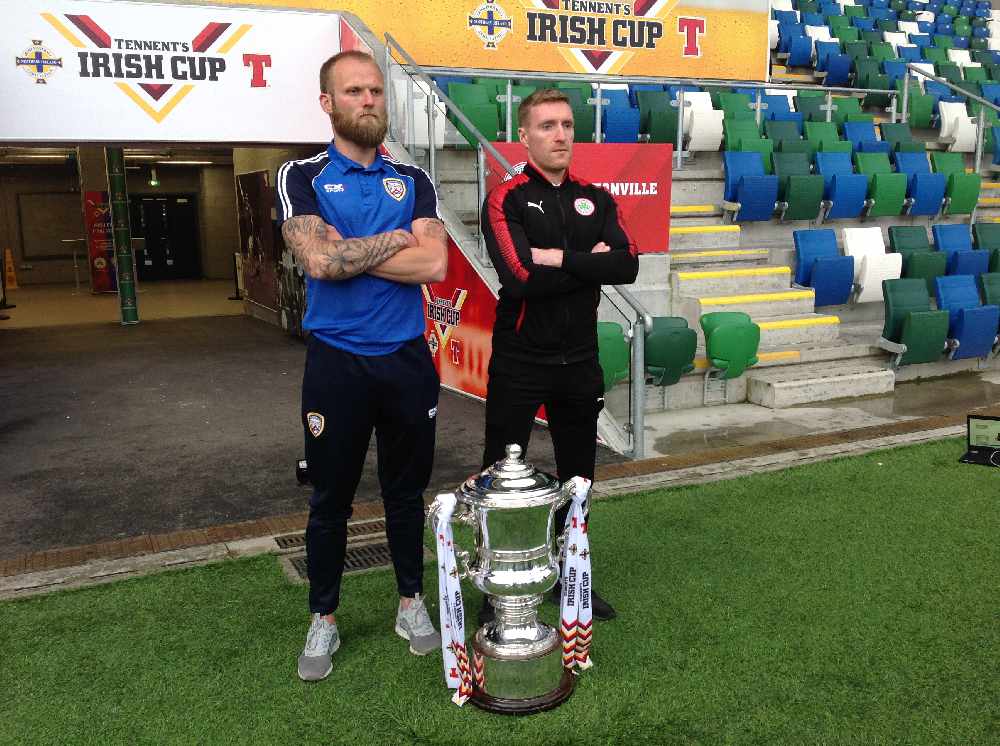 Standing up for the cup - Gareth McConaghie and Chris Curran.

Coleraine and Cliftonville faced the press on Wednesday night ahead of Saturday's Tennent's Irish Cup final.

The teams go head-to-head at Windsor Park at 2.30pm.

Barry Gray's Reds are aiming to clinch the cup for the first time in 39 years.

The manager didn't make it to the media night as he had urgent business on the continent.

Harry says he was devastated back in '79 as the north Belfast side beat his home town team!

Coleraine want to make amends for losing to Linfield in the decider last year, and being pipped at the post by Crusaders in the Premiership title race last weekend.

.@ColeraineFC up for the @TennentsNI Irish Cup challenge v @cliftonvillefc on Sat. Dramatically denied league title last weekend but @OranKearney says “they’re over it and ready to go in final.” pic.twitter.com/XAh0hLVv1K