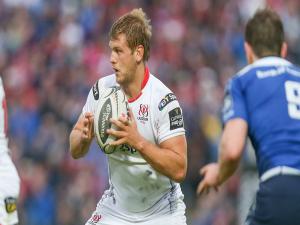 The back-row forward will be at the Kingspan Stadium until June 2019.

Having made his debut in January 2009, he's got one hundred and fixty six caps for the province, and has scored ten tries.

"Les is determined to build a successful future for Ulster Rugby and I want to be part of that vision. I believe that the squad depth is improving year-on-year, with Bryn's (Cunningham) ongoing retention and recruitment of players leaving us in a strong position over the next few seasons.

"We have a core group of experienced players and have a developing pathway of talented youngsters coming through. I want to deliver on the pitch for Ulster but I also want to ensure that I'm assisting the Academy players, who have aspirations to play professional rugby.

"The Ulster supporters are first class and there is no better feeling than playing in front of a packed house at Kingspan Stadium. I feel lucky to be part of a great environment and I'm delighted to commit my future to Ulster.

CONFIRMED: Chris Henry has signed a new two-year contract that will keep him with us until 2019. Congrats Chris! pic.twitter.com/0FWGzeljkN

"Chris has been a key player for Ulster Rugby for a number of years and he represents everything that is good about the organisation. His integrity, commitment, passion and good humour are contagious qualities that make him a fantastic person to have within our squad.

"The player market is becoming increasingly competitive as a result of big budgets in France and England, but I'm delighted, as I'm sure the supporters will be, that we've been able to retain Chris until at least the summer of 2019.”