Crues go third with win away to Glens 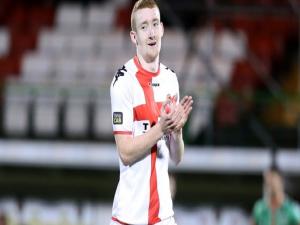 Crusaders moved up to third place in the Danske Bank Premiership with a 3-0 win against Glentoran at the Oval last night.

Left-back Rodney Brown was the unlikely hero in front of the Sky Sports cameras, heading his first two goals for the Crues.

However, the ex-Linfield player had scored in east Belfast before with the club he left last season to go to Seaview, Coleraine.

Jordan Owens completed the scoring for Stephen Baxter's men who go above Glenavon on goal difference.

Manager Gary Haveron admits they were well beaten on the night - and he's accepting "a large chunk" of the blame.

The action resumes this evening with three ties in the last 16 of the League Cup.

The Blues go to Ballinamallard and manager David Healy is warning the Fermanagh side to expect a backlash after that dramatic defeat at Solitude.

The other game involves two of the top teams in the Championship with Ballyclare Comrades at home to Institute.