Bowe back for Bordeaux clash while Simpson makes first start 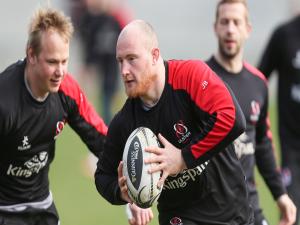 Ulster have Tommy Bowe back in the starting lineup for tomorrow's match against Bordeaux.

However Les Kiss' men can't make the quarter-finals of the European Champions Cup.

Jonny Simpson makes his debut at tighthead prop, while Dave Shanahan once again starts at scrum-half.

Meanwhile the injured scrum-half says it could be a turning point in the season.

Meanwhile Alan O'Connor will skipper the A side away to Jersey in the British and Irish Cup tomorrow with a 2pm start.

Jacob Stockdale is named on the left wing.