Let It Blow Ya Mind 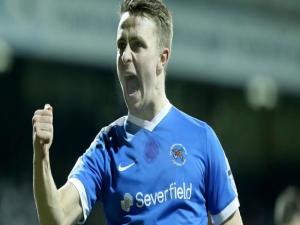 The teams clash in a Danske Bank Premiership fixture re-arranged from November, when it was postponed due to a frozen pitch at Ferney Park.

Josh McIlwaine scored both goals as the Mallards beat Carrick 2-1 on Friday to move eight points clear of the relegation zone.

Tuffey says their recent form has been impressive with three wins in five.