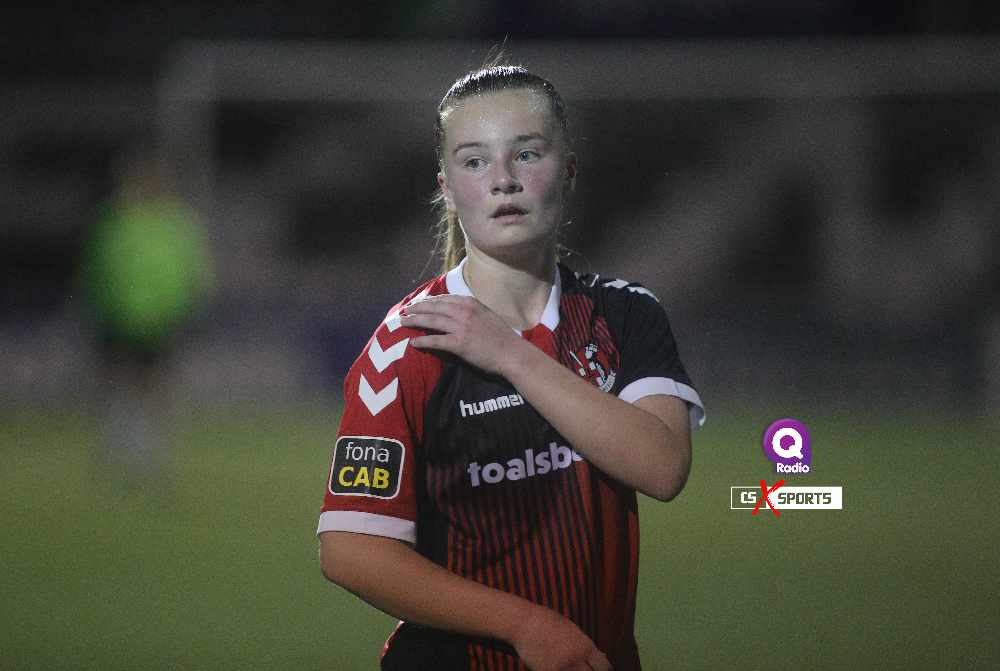 Shiels knows that a victory against Belarus at Seaview next Friday (27 November) followed by another win against the Faroes at the Belfast stadium the following Tuesday (1 December) will earn his side a play-off for a place at Women’s Euro 2022.

However, the girls in green and white will have to do without talismanic Everton Ladies striker Simone Magill in the crunch behind-closed-doors fixtures. Magill has suffered a recurrence of a previous injury and is not available for selection, while also missing out this time is Sheffield United Women defender Natalie Johnson.

Among four new faces in an expanded squad are experienced Charlton Athletic Women midfielder Ciara Watling, who returns to the panel after a lengthy sojourn, and young in-form Crusaders Strikers forward Emily Wilson.

Cliftonville Ladies defender Toni-Leigh Finnegan and Glentoran Women striker Kerry Beattie are back in the fold as well.

Finnegan and Beattie were both in the squad back in September when Shiels masterminded a 6-0 win against the Faroese in Qualifying Group C but were not included in the panel for last month’s encounter against Belarus in Minsk. Northern Ireland won that game 1-0 despite playing with 10 players for most of the match after goalkeeper Jackie Burns was red-carded.

Sisters Kirsty and Caitlin McGuinness, who play for Sion Swifts Ladies, have retained their places in the squad. If they appear on the pitch together in either match they will make history. They would become the first pair of sisters to play for Northern Ireland in the same game.

Shiels’ side were originally meant to play at home against Belarus in Group C back in June, but that match and the home game against the Faroe Islands were postponed due to the Covid-19 pandemic. 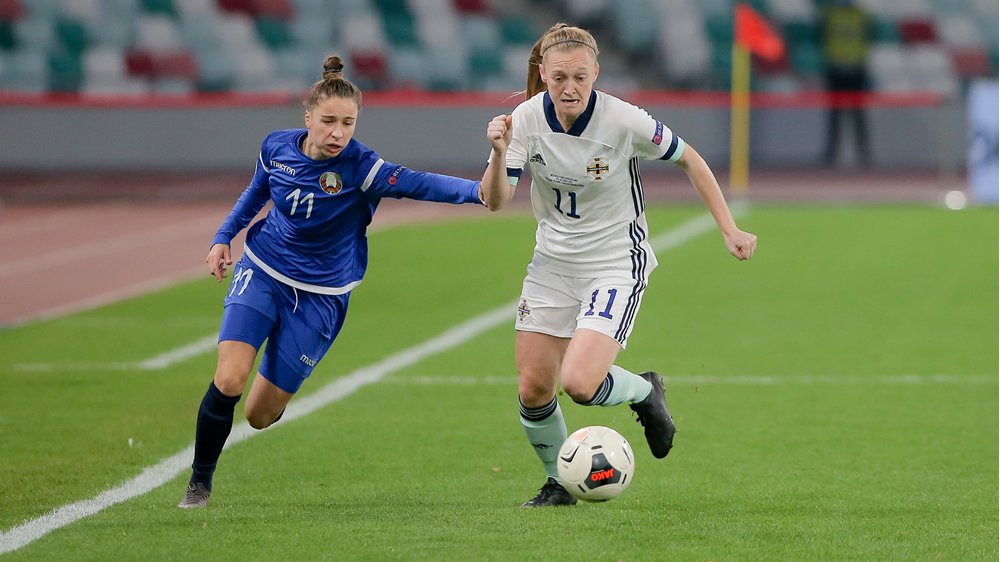 If they win the two rearranged fixtures then Northern Ireland will compete for a place at Women’s Euro 2022, which is being staged in England.

Nine group winners, plus three runners-up with the best records, will automatically qualify for the tournament. The other six runners-up will play off for the remaining three berths in the 16-team finals and Northern Ireland would be among that six if they defeat Belarus and the Faroese.

The Northern Ireland senior women’s squad for the Women’s Euro 2022 qualifiers against Belarus and Faroe Islands is as follows:

There are four fixtures in the Danske Bank Premiership on Saturday afternoon.

Portadown's Friday night game against Glentoran and Carrick-Coleraine were postponed due to Covid protocols.