Ruan Pienaar could be fit for final Ulster game 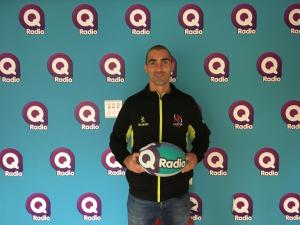 Ulster Rugby say they hope Ruan Pienaar will have recovered from a back injury for this weekend's Pro12 clash against Leinster.

It's set to be the 33 year old's final competitive game in the white jersey after the IRFU failed to grant a contract extension last year.

The South African started Saturday's contest last weekend but was forced off after 20 minutes.

Pienaar will round off his stint at Ulster against the Barbarians at Kingspan Stadium on 1 June.

Stuart McCloskey and Charles Piatau are also continuing to recover from thigh and elbow injuries respectively ahead of this weekend's inter provincial game.

Stuart Olding suffered a significant ankle injury against the ospreys last weekend - and will see a specialist today.

A number of other high profile players remain out of action through injury including Marcell Coetzee, Jared Payne, Tommy Bowe, and Darren Cave.

Last Saturday's crushing defeat in Wales means Ulster is unlikely to make the Pro-12 play offs for the first time in a number of years.