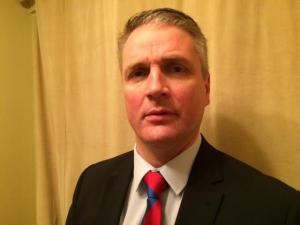 It's after Niall Currie quit to take over at Portadown

Colin Nixon says he intends to hit the ground running as the new Ards boss.

The 38-year-old made almost 800 appearances for Glentoran.

He took over at the north Down club last night and says he's already preparing for his opening match, away to Coleraine on Saturday.

Colin Nixon described Ards as a ‘perfect fit’ as he began his role as our new manager on Tuesday evening. https://t.co/ndcD3oxItc

It comes after Niall Currie moved to Shamrock Park to take the helm at Portadown.