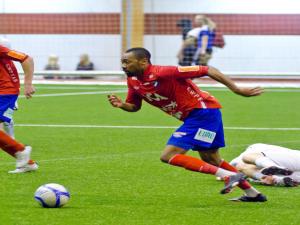 Linfield could be set to sign a Nigerian international whose brother played for Barcelona.

His brother Emmanuel was with Barcelona between 1996 and 2000.

Kevin's former clubs include Porto and he was reportedly once transferred to CSKA Sofia for 400,000 euro.