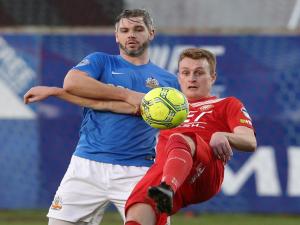 After leaving Premiership club Glenavon, midfielder Andy Kilmartin has joined Craigavon rivals Portadown who have just been relegated to the second tier of Irish League football, the Championship.

It's after Glenavon confirmed David Elebert and Andy Kilmartin are leaving the club.

The pair both turned down new one-year deals.

Defender Andrew Burns has been released from his contract at the Swifts by mutual consent.

Best wishes to both Andy and Dave who both played a key part in the success over the past few seasons. pic.twitter.com/HMaiTnRaFa