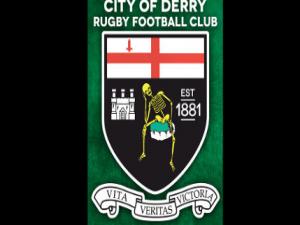 City of Derry RFC continued their winning streak with a narrow 17-18 victory over Dungannon in the All Ireland League Division 2B.

The Judges Road side were trailing heading by two points heading into the final ten minutes but a drop at goal from Neil Burns put them one point ahead.

The All Ireland League enjoys a rest weekend before returning next week with Derry playing host to Old Crescent at Judges Road.