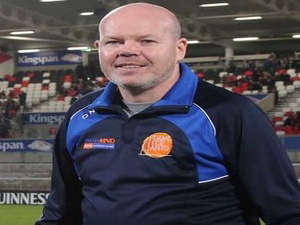 The Belfast man was diagnosed with Motor Neurone Disease in 2012 and spent the last decade raising awareness and funding for the deterMND charity, which he founded.

He had played for Antrim over an 11-year period.

Tributes are being paid after the death of former Antrim captain and charity campaigner Anto Finnegan. He was 48. Diagnosed with Motor Neuron Disease, he founded the deterMND charity. The father-of-two's club, St. Paul's, said: "This world has lost a fine man."

The father-of-two's death was confirmed by his club, St Paul's, who said that "It is with the utmost sadness that we learn of the passing of our friend, former player, coach, mentor & ambassador Anto Finnegan.

"This world has lost a fine man. Our deepest sympathies to Alison, Conall, Ava & the Finnegan & Dowdall families." 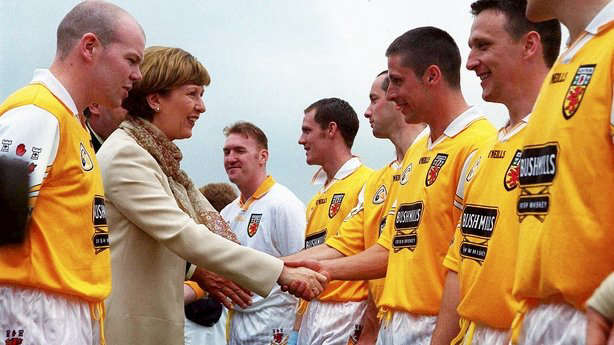 Finnegan introducing his Antrim team to President Mary McAleese at the Ulster semi-final in 2000.

Dublin midfielder Brian Fenton was among the many who have paid tribute.

"Legend doesn't do him service," wrote Fenton, on his social media account.