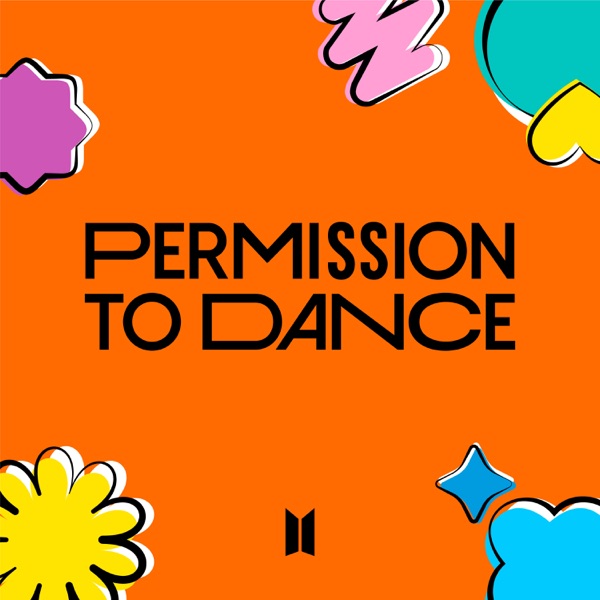 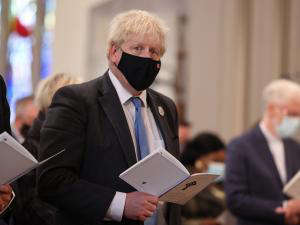 Sinn Fein did not send a representative.

The Queen had been set to attend but was unable to travel after she fell ill. She was represented by the Lord-Lieutenant of Co Armagh Lord Caledon.

WATCH: A 'Sign of the Times' protest takes place as Prime Minister Boris Johnson arrives in Armagh ahead of this morning's church service at St Patrick's cathedral. pic.twitter.com/C4DNNxZoT6

The Queen had been set to attend but was unable to travel after she fell ill. She was represented by the Lord-Lieutenant of Co Armagh Lord Caledon.

About 150 people attended the service, including a number of schoolchildren. 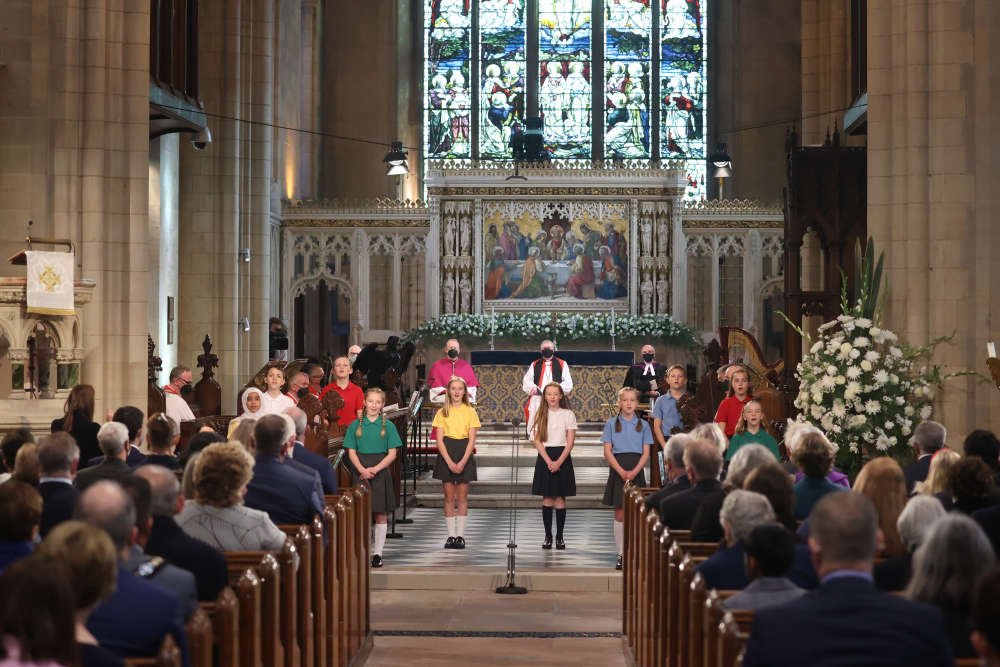 Children from local schools singing during a service to mark the centenary of Northern Ireland at St Patrick's Cathedral in Armagh.

The sermon was delivered by the president of the Methodist Church in Ireland, Dr Sahr Yambasu. Originally from Sierra Leone, he is the first African-born leader of one of Ireland’s main churches.

The service became the centre of a row last month after the president of Ireland, Michael D Higgins, declined an invitation to attend because he believed it was not politically neutral.

The Irish government was represented by Mr Coveney and chief whip, Jack Chambers. 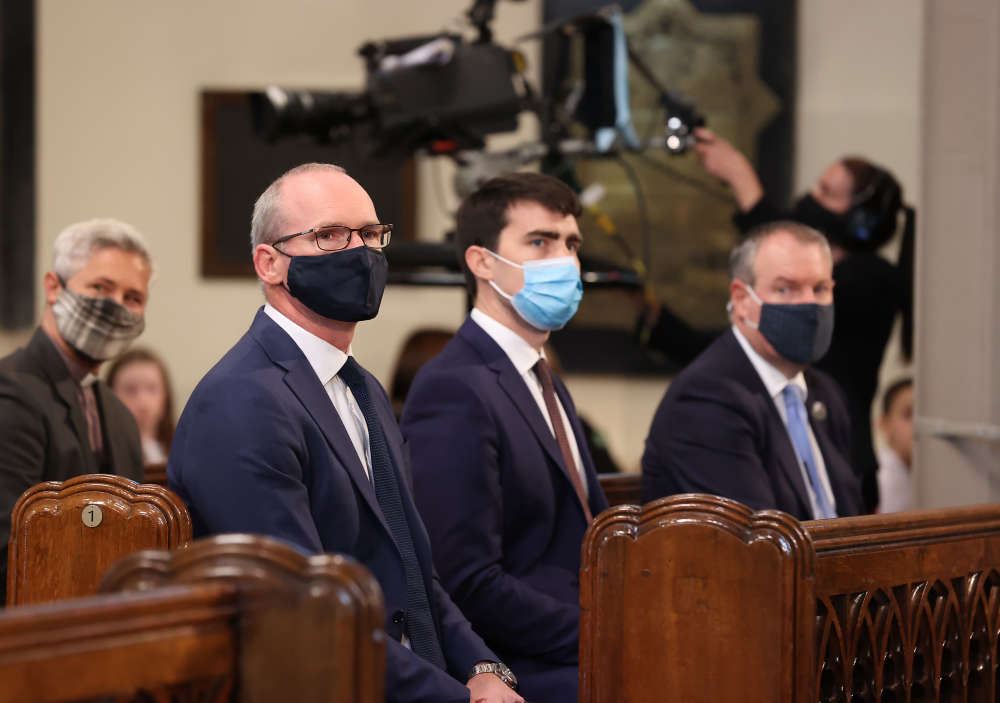 The Service of Reflection and Hope in Armagh began with the ringing of the cathedral bell before the Dean of Armagh, Rev Shane Forster, sent his good wishes to the Queen.

Welcoming the congregation to the service, he said: “Our past has shaped us and scarred us, it has divided us. And, yet, it has also on occasion brought us together.

“As we lament our failures, sorrows and pain, and recognise our wounded yet living history, may we with a united voice commit ourselves to work together for the common good, in mutual respect and with shared hope for a light-filled, prosperous and peaceful future.”

The leaders of Ireland’s main churches delivered their personal reflections on the creation of Northern Ireland at the centenary service in Armagh.

Catholic Primate of All Ireland Eamon Martin said: “I reflect as a church leader on the last 100 years.

“I have to face the difficult truth that perhaps we in the churches could have done more to deepen our understanding of each other and to bring healing and peace to our divided and wounded communities.”

David Bruce, Moderator of the Presbyterian Church in Ireland, said: “I grieve the times when fear has held us back from building relationships with those with whom we differ.

“If we are to build a better future, then we must recognise our own woundedness and our responsibility to care for the wounds of one another.” 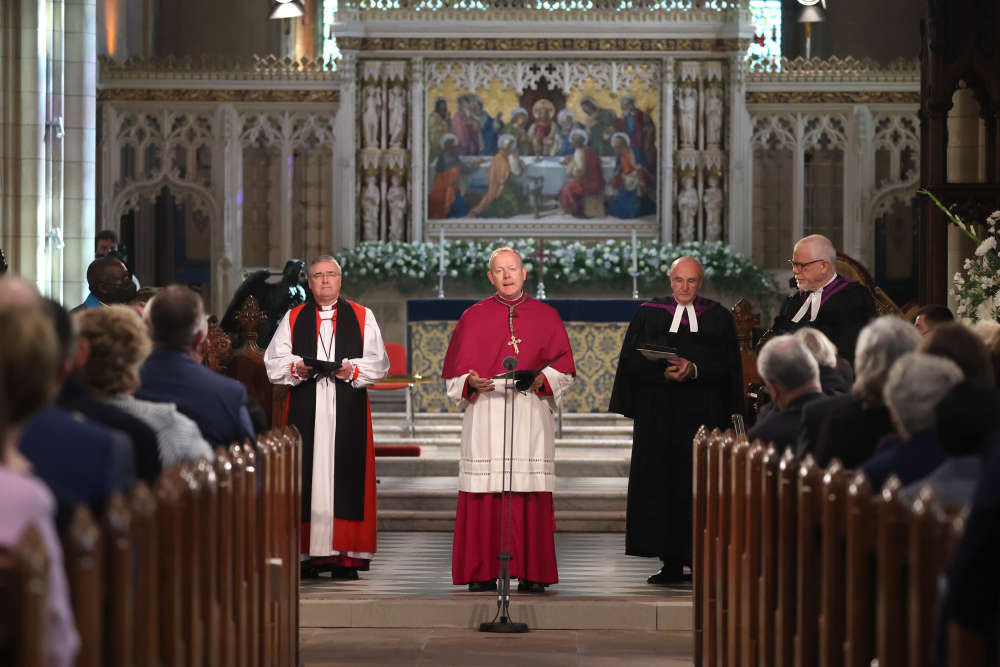 The Church of Ireland Primate of All Ireland, John McDowell, said: “We obsessed about some things, especially borders. One way or another, we’re obsessing about them again, and being distracted from really thinking about what a good society would look like.

“But I am hopeful. Hopeful in a new generation who know that the big problems we’ve landed them with, especially climate change and economic inequality, can only be tackled together.

“I think there are already signs that the next generation will see the things that we obsessed about as secondary and place their priorities elsewhere.”

Earlier this month, Taoiseach Micheal Martin said his Government’s stance “doesn’t in any way undermine the position of the president”.

He said the president, as the head of state, “comes at these issues from a different perspective”.

The prayer service at St Patrick’s Church of Ireland Cathedral has been organised by the four main churches to mark the formation of Northern Ireland and the partition of Ireland in 1921.

Church leaders expressed their sadness after learning the Queen would not be attending.

“We are very sorry to learn that it will not be possible for Her Majesty Queen Elizabeth II to be present for the Service of Reflection and Hope in Armagh tomorrow,” they said in a statement. 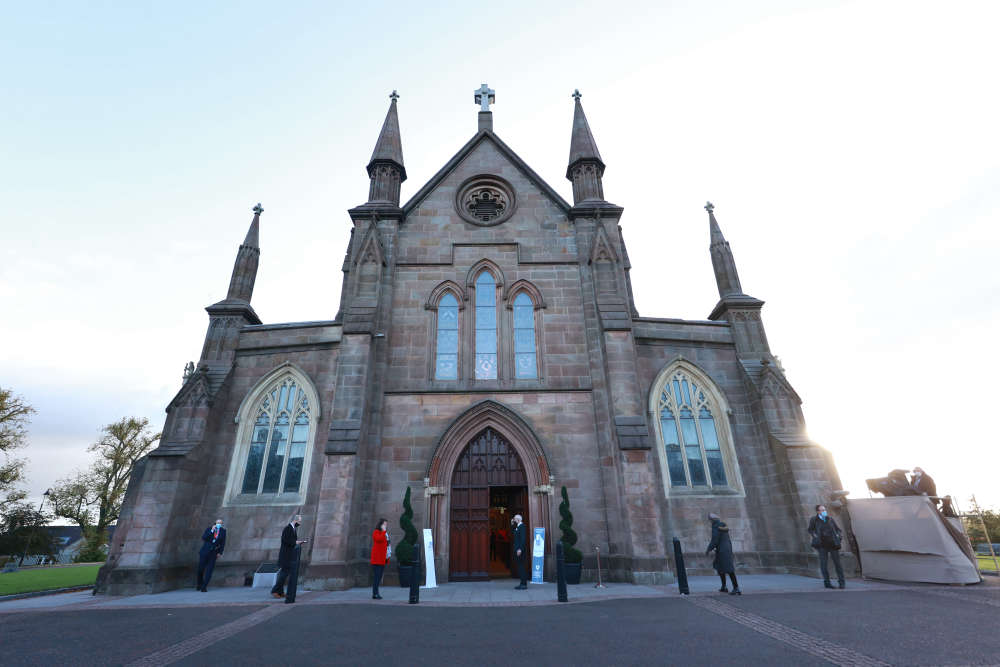