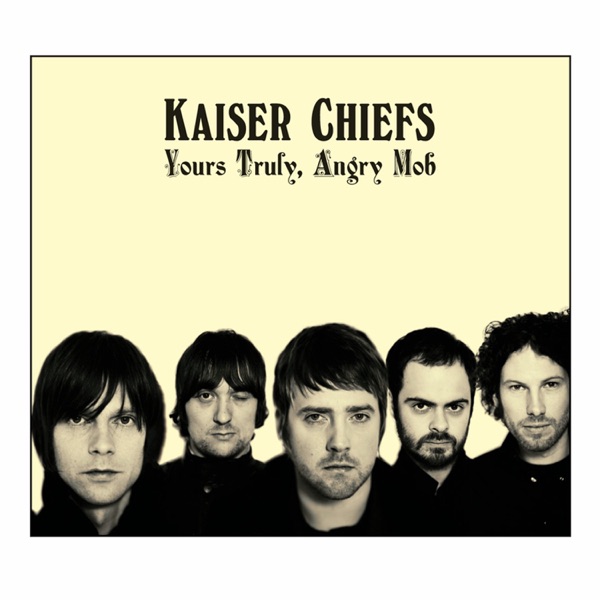 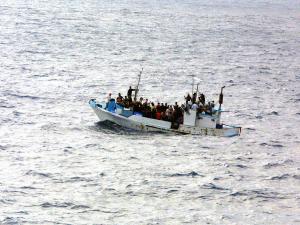 A DUP councillor has been accused of stirring up racism after posting on social media about  temporary accommodation for asylum seekers.

Mid and East Antrim councillor Marc Collins made the remarks on Facebook about a hotel in the Carrickfergus area which is being used by the Home Office to provide emergency shelter.

A DUP councillor has been accused of stirring up racism after posting on social media about temporary accommodation for asylum seekershttps://t.co/SiypMnFqsa

He claimed in his social media post that locals should be helped 'first and foremost' by the government. 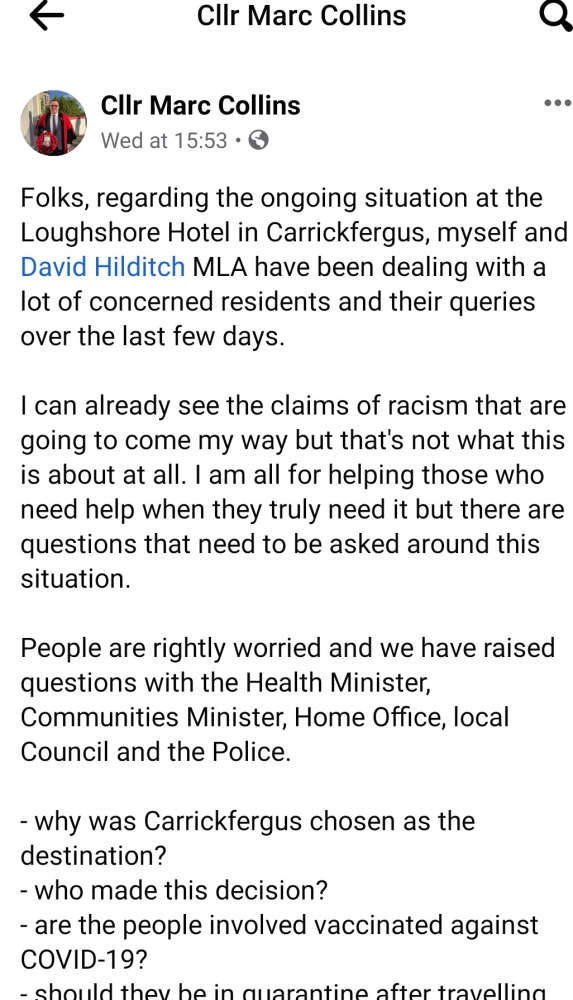 (The councillor said he had concerns about local safety)

But Alliance MLA for East Antrim, Stewart Dickson, says the DUP needs to properly deal with people in their party making comments that some say stir up racial tensions.

Mr Dickson said: "They are inaccurate and unhelpful statements and they have no basis in reality.

"They just foster an atmosphere of suspicion and an atmosphere which can and will lead to serious security issues if they are not nipped in the bud now."

It has now emerged that Mid and East Antrim police are now investigating potential hate crimes against the asylum seekers.

Assistant Chief Constable Bobby Singleton said the police had received a number of reports about potential hate speech surround comments on social media about those housed in the emergency accommodation.

He said the force is investigating the comments as possible hate crimes.

And he reminded people that seeking asylum in the United Kingdom is not illegal.