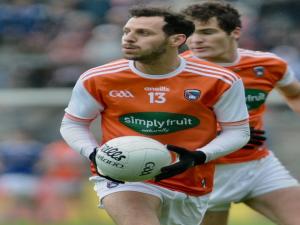 The GAA is set to announce its plan for emerging from lockdown.

It's expected the association's 'Return to Play' roadmap will be agreed by a specially-formed Covid-19 Advisory Group before being ratified by GAA management.

Officials are said to be planning for a pathway that leads to a resumption of club competition in late July or early August and inter-county matches in October.

The plan will be dependent on government advice and the ‘R’ rate of infection remaining low.

Minister for Health, Simon Harris, says the manner in which GAA clubs have helped the most vulnerable in their communities during the COVID-19 health-crisis has made him proud to be Irish. #GAA #GAABelong pic.twitter.com/cjWL6D8DDX

Meanwhile, a new club is being formed in east Belfast - and it's off to a flying start:

It's been less than 12 hours since the initial tweet, we are absolutely blown away by the interest in this and will get round to replying to everyone but honestly there just isn't enough time in the day! We will have a mailing list setup this week so if you're interested in being

Those behind the project say they have been inundated with people expressing an interest in the area's first GAA club for almost 50 years.

Irish language activist Linda Ervine has been named president of the cross-community venture.

East Belfast GAC will be affiliated to the Down county board.

As well as men and women football teams, officials want to have camogie and hurling teams and underage sides.