McIlroy one shot off leader at BMW SA Open 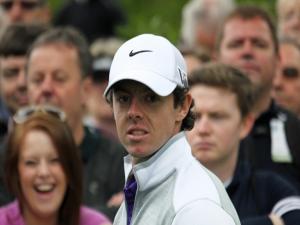 The Holywood man carded a first round 67.

Rory McIlroy is currently tied for second spot, on five under par after carding a first round 67.

South Africa's Trevor Fisher Junior leads after finishing his opening day with a 66.

Meanwhile new US golf captain Jim Furyk hasn't ruled out the possibility of playing at the 2018 Ryder Cup, as well as skippering the team.

That hasn't happened since Arnold Palmer did it in 1963.

The two teams will meet in France next time.

Furyk's ranked 37th in the world, and shot the lowest round in PGA tour history just last season, when he carded a 58.