Dancing In The Moonlight (Feat. Neimy) 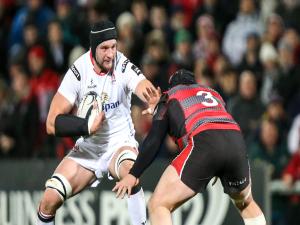 The 31-year-old was born in Bristol and made his test debut for Ireland against New Zealand in June 2010, going on to win eleven international caps.

Commenting on the departure, Director of Rugby Les Kiss said,

"When Bristol made the approach, it was only fair that we considered it and the outcome is very suitable for all parties...We would like to thank Dan for his contribution to Ulster Rugby and wish him well as he embarks on a new challenge with Bristol.”

"It's been a privilege and an honour to represent Ulster and Ireland for the past seven and a half years. Like any career, it has had its ups and downs, but the continued support of those close to me kept me right when things weren't going my way.

I wish the players and staff all the best this season and beyond. I'll always be checking the results and hopefully still come to the odd game.

I have a huge hole to fill on Friday nights now but I can't wait for the new challenges that Bristol presents. I was born in Bristol and raised just down the road, which adds to my excitement of going there.

To the small group of supporters that I got to know well, thanks for everything. I know you know how much it meant for me to play for Ulster.”