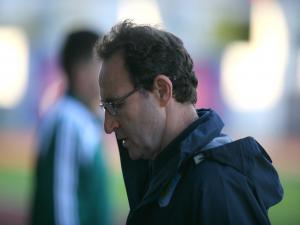 The Republic of Ireland face an uphill struggle to qualify for next year's World Cup in Russia after being beaten 1-0 by Serbia last night.

The result means Martin O'Neill's side drop to third in the group, being supplanted by Wales who won 2-0 in Moldova.

Alexander Kolarov's 55th minute strike was the only goal of the game at the Aviva Stadium.

It was a first defeat of the current qualifying campaign for the Boys in Green and a first competitive home loss for boss Martin O'Neill since taking charge.

A heartbreaking result but your support was amazing once again. Thank you. 👏 #COYBIG pic.twitter.com/zAOOTAymnC

Nikola Maksimovic was sent off for Serbia on 68 minutes, however the visitors held on to claim a win and strengthen their grip on top-spot.

Only the group winners are guaranteed qualification for Russia 2018, while second place wold offer no assurance of a play-off spot.

Eight of the nine runners up reach the November playoffs, with one second-placed nation missing out.

Absolutely Gutted! No other words

Next up for the Republic of Ireland is a home tie with bottom placed side Moldova.

Three days later they travel to Cardiff for a potentially crucial tie with Wales.