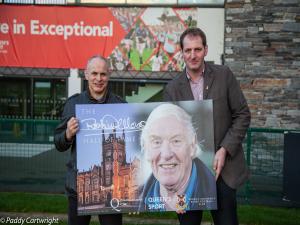 He held many positions at the club in a career which lasted more than 30 years.

A panel will adjudicate who will be inducted, and an announcement will be made in April, at a gala dinner to celebrate the Queen's Lions Legends.

The selection process for the judges won't be an easy one, with 20 British and Irish Lions and many internationals in Queen's 148-year history.

The dinner was launched last month, in the presence of former Lions Trevor Ringland, Nigel Carr and David Irwin.