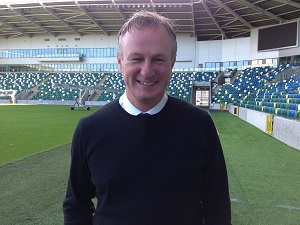 Defender Gareth McAuley is back in the Northern Ireland squad ahead of their final two World Cup Qualifiers.

Uncapped players Jordan Jones and George Saville have been handed their first call-ups.

Northern Ireland take on Gemany on 5th October, before travelling to Oslo to take on Norway that weekend.

Northern Ireland are currently guaranteed of at least second place in the group.

As it stands, Michael O'Neill's men would enter the playoffs in November as one of the best runners-up.