Lam to leave Connacht for Bristol next summer 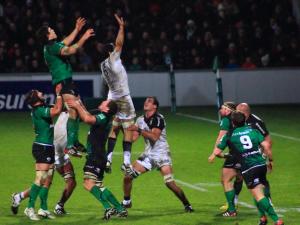 Pat Lam has been appointed Bristol's rugby union head coach from next summer.

The former Samoa forward will leave Connacht - who he guided to the Pro12 title last season.

The club's currently bottom of the Premiership, without a win from 10 matches.