Joyce hangs up county boots to focus on Ireland career 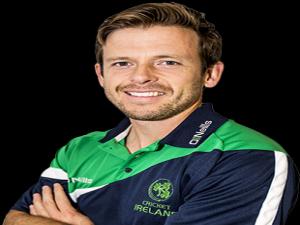 It's in order to focus on his international career, as Ireland seek to gain test status in the future.

The Dublin-born batsman has scored more than 8,000 first-class runs for Sussex, at an average of almost 50, in a stint which also saw him captain the county.

.@edjoyce24 in first-class cricket for Sussex

Between 2006 and 2007, he featured as a top-order batsman for England, including a one-day-international at Stormont against Ireland.

He scored a match-defining century against Australia in Sydney, in the limited overs games which followed a 5-0 Ashes drubbing.

The 38-year-old also played a role in Ireland's famous 2011 World Cup victory over England in Bangalore, which featured a ton from teammate Kevin O'Brien.

Wishing @edjoyce24 all the best for the future with @Irelandcricket following his decision to retire from county cricket with @SussexCCC pic.twitter.com/8n3P41MMlf

Ireland's next home ODI is against the West Indies in Belfast, on September 13.