Ireland to play SA Fiji and Argentina in November 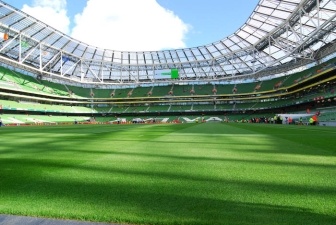 South Africa, Fiji and Argentina will be Ireland's opponents in rugby's 2017 autumn internationals.

They'll play a test each at the Aviva Stadium in November.

The last meeting between Joe Schmidt's men and the Springboks was in the summer series last year, with a first Test victory on South African soil in Cape Town.

South Africa's last visit to Dublin was in November 2014- on that occasion Ireland won 29-15.

Making their first appearance at the Aviva Stadium will be Fiji the following Saturday evening.

They haven't beaten Ireland in the three previous encounters.

Last in the series for the men in green is a showdown with Argentina on Saturday 25th November, the first visit of the Pumas since 2012- that time the home side won 46-24.

Argentina came out on top in the World Cup 2015 quarter-finals.