Ballymena and Carrick through to League Cup final 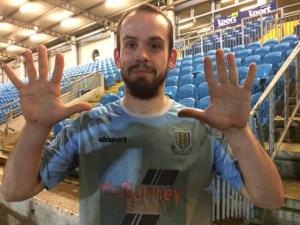 They beat Coleraine and Glenavon respectively

A solo goal from Tiarnan McNicholl gave Carrick a shock 1-0 win away to Glenavon.

Ballymena beat Coleraine 3-0 with all the goals in extra-time of a controversial clash at Warden Street that saw Bannsiders boss Oran Kearney sent to the stands.

Tony Kane scored the first with a penalty, amazingly his 10th successful spot kick of the season.

Cathair Friel and Darren Henderson were also on target for the Sky Blues.

Coleraine claimed the foul for the penalty was outside the box.