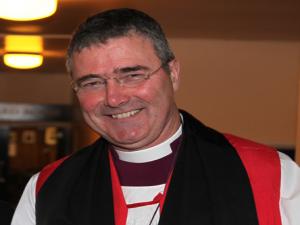 The Most Revd John McDowell has been enthroned as Church of Ireland Archbishop of Armagh and Primate of All Ireland.

Archbishop McDowell had served as Bishop of Clogher since 2011.

He took up his new position in April last year but due to the pandemic the Service of Enthronement at St Patrick’s Cathedral, in Armagh was put on hold.

Archbishop McDowell was elected to the office by the House of Bishops on 11th March 2020, having previously served as Bishop of Clogher since 2011.

The Most Revd. John McDowell has been enthroned as Church of Ireland Archbishop of Armagh and Primate of All Ireland. https://t.co/XOMBIIclW5

Due to the coronavirus pandemic, the Service of Enthronement for the new Archbishop unfortunately did not take place in 2020 and with the necessary restrictions earlier this year, plans for the service were put on hold.

In his sermon, Archbishop McDowell reflected on the Cross of Jesus and the true meaning of sacrifice.

He remarked: “Any human relationship or political or social arrangement which does not allow the sacrifice of reciprocal self-giving room to flourish will ultimately crumble, because it is founded on falsehood.

On a reef of sand. And that is so because sacrifice is at the heart of the nature of God, who made us in his image.”

The Archbishop was welcomed to the Cathedral by the Very Revd Shane Forster, Dean of Armagh.

The Bible readings during the service were Numbers 21:4-9 by the Ven Elizabeth Cairns, Archdeacon of Ardboe, and John 3:13-17 by the Revd Dr Heather Morris, General Secretary of the Methodist Church in Ireland.

Music was provided by the Choir of the Cathedral and the Revd Dr Peter Thompson, Assistant Organist. 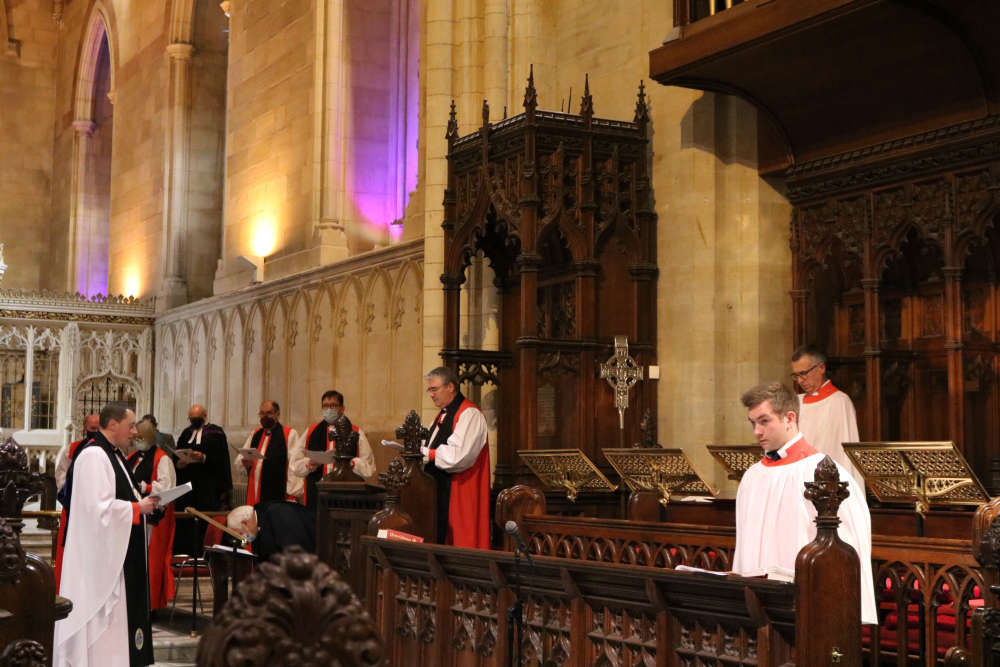