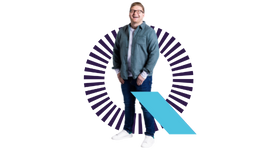 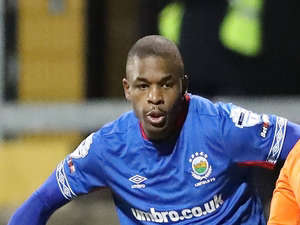 Linfield stretched their lead at the top of the table to five points with a narrow defeat of Ballymena United while there were also victories for Dungannon Swifts and Crusaders on a day of few goals in the Danske Bank Premiership.

What proved to be the only goal of the game at Windsor Park came after a quarter-of-an-hour through Christy Manzinga who beat Sam Johnston with a superb strike into the roof of the net.

Dungannon Swifts produced arguably the most surprising result of the afternoon with a one-goal defeat of Larne at Inver Park. Dean Shiels' side continued their recent good run thanks to Ryan Mayse's third minute strike to move the Swifts six points clear of the bottom two.

Crusaders leapfrogged Larne into fourth place with a win at Warrenpoint but they need a Ross Clarke strike deep into the second half to do so after he pounced on the loose ball when Paul Heatley's initial effort came back off an upright.

There was drama right at the end at the Loughview Leisure Arena as Carrick Rangers squandered a two-goal lead against Glenavon.

Goals midway through each half from Ben Tilney and Jordan Gibson had put Stuart King's side firmly in the driving seat but stoppage time strikes from Matthew Snoddy and Matthew Fitzpatrick saw the Lurgan Blues roar back to earn a point.

Meanwhile, at Shamrock Park, Portadown and Coleraine battled to a scoreless draw, the point moving the Bannsiders back into the top six on goal difference.

In Gaelic Games, the camogie champions retained their title, but the McKenna Cup holders crashed out:

Slaughtneil have claimed a 6th Ulster Club Camogie title in a row.

The Dr. McKenna Cup semi-finals have been confirmed for Tuesday night. Armagh host Monaghan while Derry go to Donegal. #GAA

Then on Sunday, County Down stars had an emphatic victory against first-time finalists: