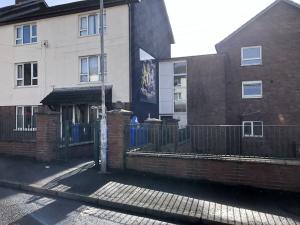 A man who "cruelly and brutally' beat his partner to death in her home was today (Friday) told he will spend 21 years in prison without parole.

William Stephen Hutchinson (45), of Kilbroney House in east Belfast, was handed a life sentence in June this year when he finally admitted murdering his vulnerable partner Alice Morrow.

At a tariff hearing at Belfast Crown Court today (Friday), senior prosecution counsel Terence Mooney QC outlined the horrific facts of the case of how the 53-year-old met her death at her home in Whincroft Way in the Braniel estate, east Belfast.

He told Judge Geoffrey Miller QC that on the evening of Sunday, March 10, 2019, Hutchinson made a 999 call to the NI Ambulance Service at 11.10 pm and told an operator that he had "just come in and found his partner in bed, that she was black and blue, had bruising to her hands and face and she did not seem to be breathing''.

A man who "cruelly and brutally' beat his partner to death in her home was today (Friday) told he will spend 21 years in prison without parole.https://t.co/ZYJbWpo8qg

During the 12 minute call, Mr Mooney said Hutchinson was directed to carry out CPR to his partner. Police arrived at 11.21 pm and noted no sign of forced entry to the property.

"They found Miss Morrow lying on the bedroom floor, she was unclothed and she appeared lifeless. The defendant was in the room and appeared to be weeping uncontrolably and in considerable distress.''

At 11.25 pm that evening, Miss Morrow, a mother of three grown up children, was formally pronunced dead. 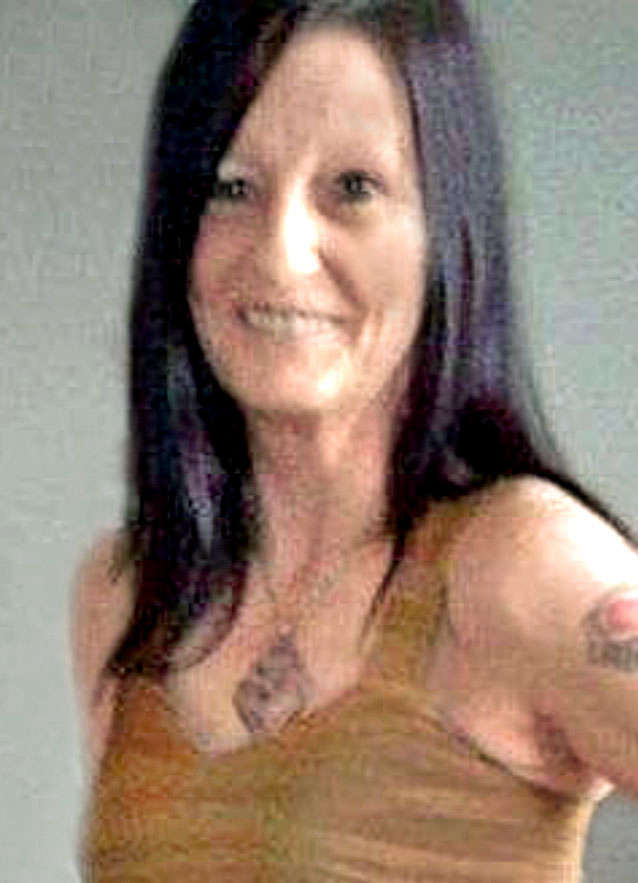 Hutchinson was taken to a police station to make a witness statement but in the early hours of the folloing morning, Monday, March 11, he was formally arrested by detectives on suspicion of her murder.

The prosecutor said crime scene investigators found a "number of areas of blood staining in the home of the deceased. The bath was half filled with water, there was clothing in the bath, there was a mop and a bucket at the bottom of the stairs which contained dirty liquid, a knuckle duster was found in a bedside cabinet and a bamboo stick was also recovered''.

A post mortem report stated that Miss Morrow died as a result of a "combination of injuries to the head and chest. There was extensive bruising to the face, neck, scalp and a fractured nose. There were marks of brusing to her jaw and her throat. There were multiple injuries to her back which had the appearance of strike marks and she sustained fractured ribs while still alive. There was also bruising to her arms which were defensive injuries.''

Mr Mooney told the court that the patholigist recorded that a weapon had been used to cause a number of the injuries. He noted that marks to Miss Morrow's right cheek bore similirities to a distintive ring Hutchinson was wearing.

The pathologist concluded: "Miss Morrow was a healthy lady, she was frail, slightly built, she was 5ft tall, she was underweight and had been subjected to a sustained blunt force assault''.

Miss Morrow had received a total of 71 injuries along with a head injury which could have rendered her unconscious. 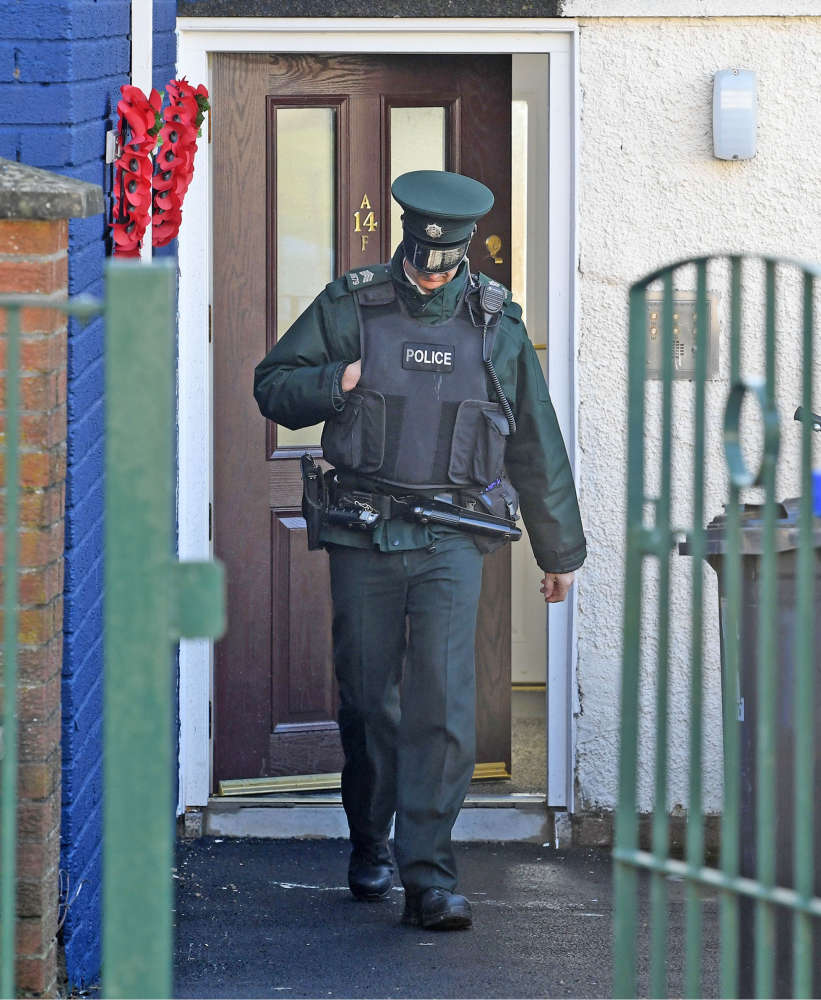 Added Mr Mooney: "In essence, this lady was beaten to death.''

During his police interview, Hutchinson made the case that he found his partner in her house badly bruised and denied any involvement in her murder.

A female witness told police that she spoke by phone with Hutchinson on the night of the murder in which he told her: "I have hit and I have never so hard before. I have f***ed up this time. If she doesn't wake up I will have to bury her.''

The prosecutor went on: "It is clear from the evidence gathered by police in the course of their investigation that he was telling lies at his eight interviews. Despite his plea of guilty, he still adheres to those lies.

"He now says that he woke up in bed beside her and she was not breathing. He completely denies this offence even though he has pleaded guilty and continues to lie even though there is overwhelming evidence against him.''

Mr Mooney said: "He has shown a total lack of remorse for what he did.'

The couple had been in an 'on-off' relationship for up to 11 years during which Miss Morrow had been the victim of domestic violence, added the prosecutor.

The judge was told the Hutchinson, who had fathered nine children to four different women, had convictions for assaulting his previous partners.

Defence counsel Niall Hunt QC told the hearing. "This is an absolute tragedy. It is a disaster, a nightmare for a whole host of people, not least the family and friends and the wider circle of people who knew Alice Morrow.''

Mr Hunt said that Hutchinson had shown remorse and said he "misses Miss Morrow desperately, he was deeply attached to her and keeps a picture of her''.

He added that Hutchinson had abused alcohol and drugs from his early teens and also suffered mental health issues, including depression and paranoia.

The defence QC made the case that murder of Miss Morrow was not premeditated or pre-planned and there may been no intention to murder her but rather to inflict grievous bodily injury to her.

Mr Hunt said both parties took drugs and the previous night had been at a party where they taken the prescription drug 'Lyrica'.

He added: "He accepts the prosecution evidence against him in so far as he has not got a plausible explanation for the situation in which he found himself in. He maintains his guilty plea but he does not accept the facts as outlined by the prosecution.''

The defence lawyer said there may have been "anger in him'' that Alice Morrow "was tellig him lies...that she was cheating on him''.

Judge Geoffrey Miller QC said the murder of Miss Morrow was both "cruel and brutal', adding that her horrific killing had caused "huge pain and loss'' to her elderly mother, her sister and her children.

He said that pain and loss had been exacerbated by the defendant's "protracted efforts to drag out the legal process before finally admitting his guilt on the morning of his trial and manipulated the process for his own ends.''

Finding that Hutchison posed a danger to the public, the judge said Hutchinson had 51 previous convictions, which included assaults on previous partners and police.

"We have no real idea of what really happened in the deceased's home that night. There were only two people present and we are only left with the defendant's account of how she sustained her catastrophic injuries and this has to be seen as entirely self serving.

"We do know that he subjected her to a prolonged and brutal attack and that she must have suffered grieviously before she eventually died and he cried crocodile tears at the scene.''

Handing Hutchinson a 21 year tariff, the judge said that would be the minimum term he would have to spend before the Parole Commissioners decided if it was safe to release him back into society. 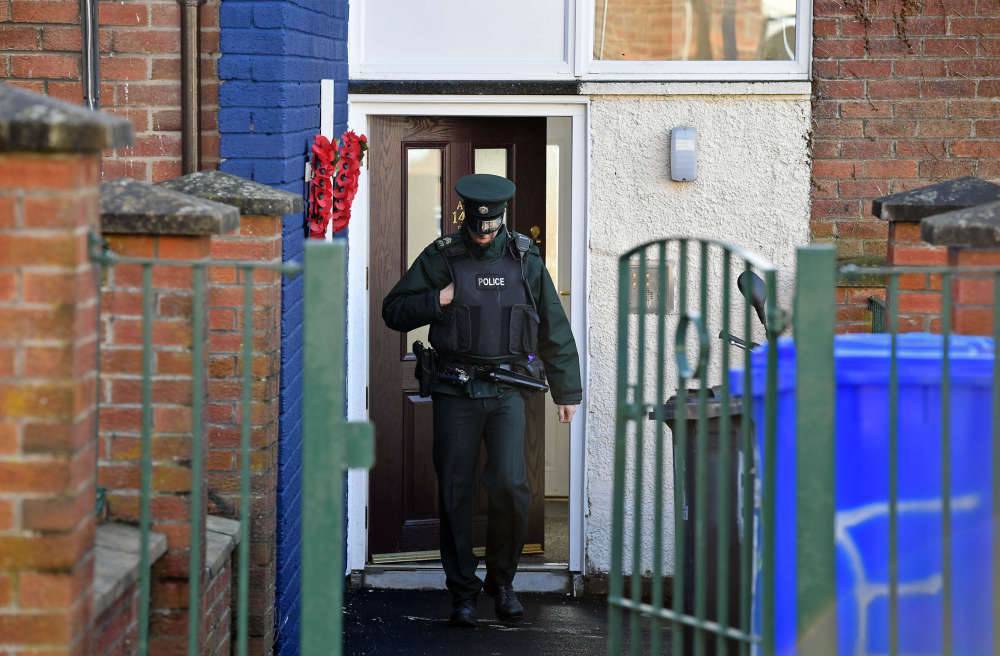