Ulster final set to be played in Dublin with a crowd of up to 18,000 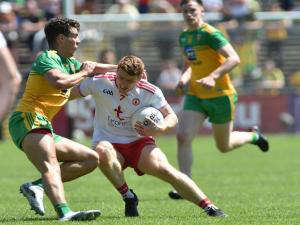 Tyrone battle to victory against Donegal

It's expected a crowd of 18,000 will be allowed to attend the game in Dublin.

The Red Hands made it through to the decider by beating 14-man Donegal 0-23 to 1-14 at Brewster Park in Enniskillen on Sunday.

The turning point came just before the break when Donegal star Michael Murphy was sent off.

He had earlier missed a penalty.

It's Tyrone's first Ulster final since 2017.

Monaghan beat Armagh in the other last four tie on Saturday night.

Following the tragic death of Monaghan captain Brendan Óg Duffy, the provincial U-20 football final will now not take place on Saturday.

The game between Monaghan and Down has been re-fixed for Friday, 30 July at the Athletic Grounds.

The Ulster Under 20 Football Championship final between @OfficialDownGAA and @monaghangaa has been rescheduled to be played at the Athletic Grounds in Armagh on Friday 30th July at 7.30pm.#Ulster2021 #GAA

They beat Kerry by a point in a dramatic decider at Tullamore, County Offaly - it finished 2-12 to 1-14.

Matthew Downey held his nerve to convert an injury-time penalty and seal victory for the Ulster side. 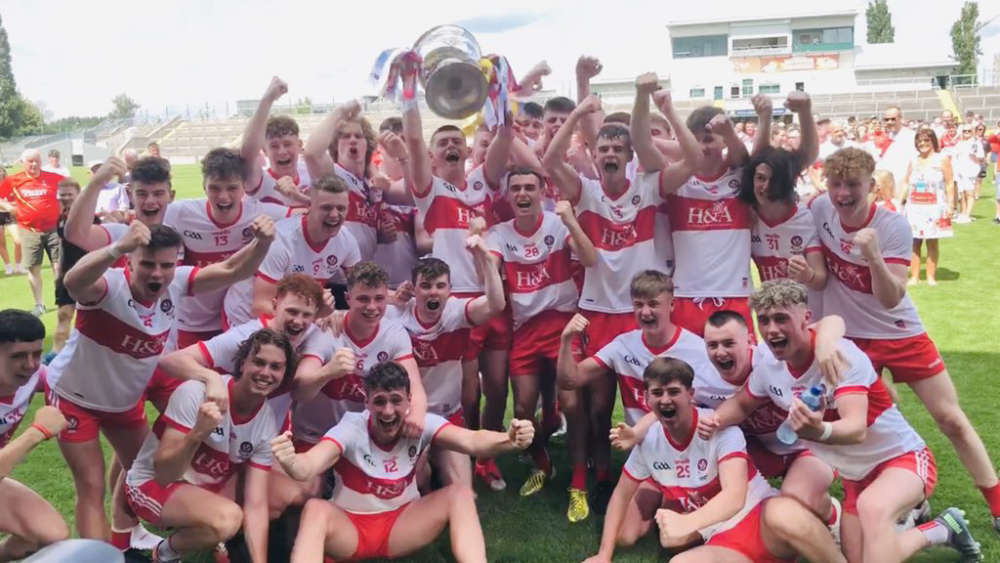