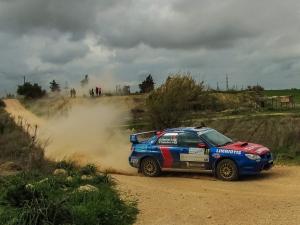 The International Circuit Challenge will take place in April

A new international rally event in Northern Ireland has been announced.

The International Circuit Challenge will take place in April 2017.

It'll be based in Ballymena and run over two days on the 7th and 8th, with 8 stages and 30 invited drivers.

“It promises to be a spectacular event and I’ve already had positive feedback from a number of our leading drivers including the likes of Marty McCormack, Desi Henry, Joe McGonigle and Jonny Greer who all figured strongly on last year’s Circuit of Ireland."