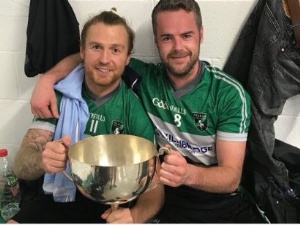 Former All-Ireland Tyrone player, Owen 'Mugsy' Mulligan manage to score the winning point for Fulham Irish at the weekend, as they beat Tír Chonaill Gaels by a single point in the London Senior Football Championship.

Both sides fought a hard battle for 70 minutes keeping the game close until the end.

With 10 minutes left Fulham were down by a goal, leaving the possibility of winning more in the sights of the gaels.

However, they fought their way back into the contest bringing all level, until Mugsy managed a late free and scored the winning point.

They'll be no cows milked in Fulham tonight. @FulhamIrish thanks for dragging me over the line. London senior champions. 🍀🍀🍀

Mugsy made the transfer to Fulham Irish earlier in the year, after he made the move to England for personal work.