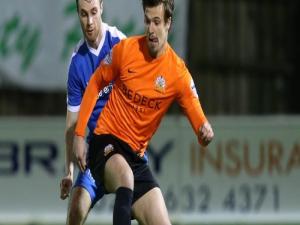 Ballinamallard's revival continued in the Danske Bank Premiership last night with a one-all draw against Glenavon.

Josh McIlwaine put the home side in front at Ferney Park on 75 minutes, heading in a Niall Owens cross for his third goal in two games.

Mallards striker McIlwaine was delighted to get on the scoresheet again.

But Lurgan Blues player-manager Gary Hamilton came off the bench to snatch a point with a deflected shot four minutes from time.

The club echoed that sentiment on social media.

All in all a draw was probably a fair result. It took some great stops from both goalkeepers to keep their teams in the game

He also says things are beginning to work out after a difficult start to the season.