Irish League: Blues pip Reds by a point to clinch fourth title in a row 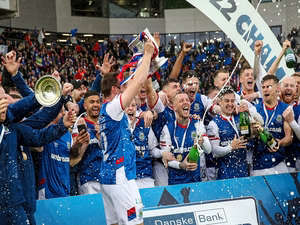 The Blues beat Coleraine 2-0  at Windsor Park to pip Cliftonville - who beat Glentoran 2-1 - by a single point and clinch their fourth successive title, and what the club says is a world record 56th championship.

Both goals came towards the end of the first half. Ben Hall opened the scoring on 43 minutes after getting on the end of a Niall Quinn corner before, in stoppage time, Chris McKee sent a low finish past Martin Gallagher.

Meanwhile, at The BetMcLean Oval, Cliftonville knew they needed to win to stand any chance of leapfrogging the Blues. Chris Gallagher fired them in front with just over a quarter-of-an-hour on the clock before Ryan Curran doubled their lead midway through the second half. Seanan Clucas bagged a late consolation for the Glens.

Larne rounded their campaign off with a 2-1 victory over Irish Cup finalists Crusaders at Seaview thanks to a David McDaid brace, with Aidan Wilson pulling one back late on.

Meanwhile, in Section B, Carrick Rangers hit five without reply past Portadown at Shamrock Park. Two from Matty Carson and one from David Cushley fired Stuart King's side into a strong half-time lead before Jordan Gibson and Reece Glendinning completed the scoring after the break.

Ballymena limbered up for next week's Irish Cup decider with a narrow away win against Dungannon Swifts. The unfortunate Jordan McMullan gave the Swifts the lead when he turned the ball into his own net but late goals from Paul McElroy and Andy McGrory saw the Sky Blues edge through to claim the points.

And, despite being relegated, Warrenpoint Town went out on a high note against Glenavon at Mourneview Park. Joshua Wilson edged Barry Gray's side in front after half-an-hour but Josh Doyle levelled on 60 minutes. However, Alan O'Sullivan knocked home the winner deep into stoppage time. 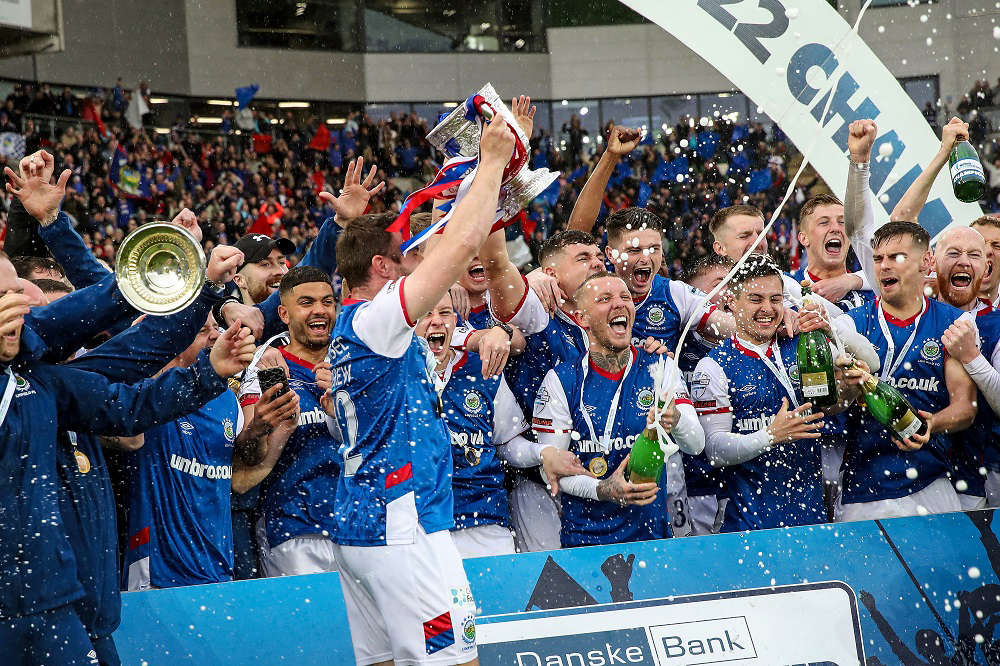