Glenavon to meet to discuss response to Ports being awarded points 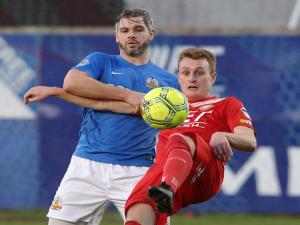 Linfield meanwhile have won their appeal for Toals Co. Antrim Shield Final to be moved to neutral venue

Glenavon are to meet to consider their response to Portadown being awarded the points from the Boxing Day derby at Shamrock Park.

The game finished 2-each, but Glenavon were found to have fielded defender David Elebert while under an IFA suspension.

Linfield have won their appeal for the Toals County Antrim Shield final against Crusaders to be staged at a neutral venue.

The game was due to take place at the Crues' Seaview ground this month, but the Blues protested to the Irish FA.

The date and venue are to be confirmed by County Antrim FA officials, but the decider will now likely go ahead at the Ballymena Showgrounds or the Oval.