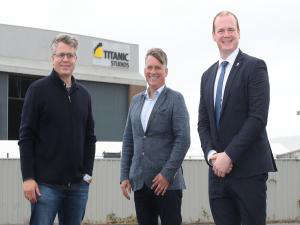 Economy Minister Gordon Lyons has visited Titanic Studios in Belfast to view the set for the upcoming feature film, ‘Dungeons and Dragons’.

The movie from Paramount Pictures and eOne is currently being filmed at Titanic Studios as well as various locations throughout Northern Ireland.

Starring Chris Pine, Michelle Rodriguez, Hugh Grant and Regé-Jean Page, and directed and written by Jonathan Goldstein and John Francis Daley, the film is scheduled for release in March 2023.

Economy Minister Gordon Lyons has visited Titanic Studios in Belfast to view the set for the upcoming feature film, ‘Dungeons and Dragons’.https://t.co/z9epljLYFK

Speaking after the visit, the Minister said:

“It was fascinating to see the film set of ‘Dungeons and Dragons’ today.

This is another example of how Northern Ireland has established itself as a highly desirable filming location.

This is not only for the diverse, beautiful and accessible locations, but also because of the outstanding skills base that has been built here.

“Our local industry has risen and adapted to the significant challenges posed by Covid and continues to provide jobs and promote Northern Ireland.

This has been done with support from Northern Ireland Screen. As we rebuild our economy, further development of skills in the screen industries will play a key role in that recovery.”

“I want to commend the efforts of all involved and wish ‘Dungeons and Dragons’ every success when it hits screens around the world.

This is Paramount’s first production in Northern Ireland, but I hope that it will not be the last.”

It was the main studio for all eight series of HBO's fantasy series Game of Thrones, establishing Northern Ireland as a world-class location for film and television production. 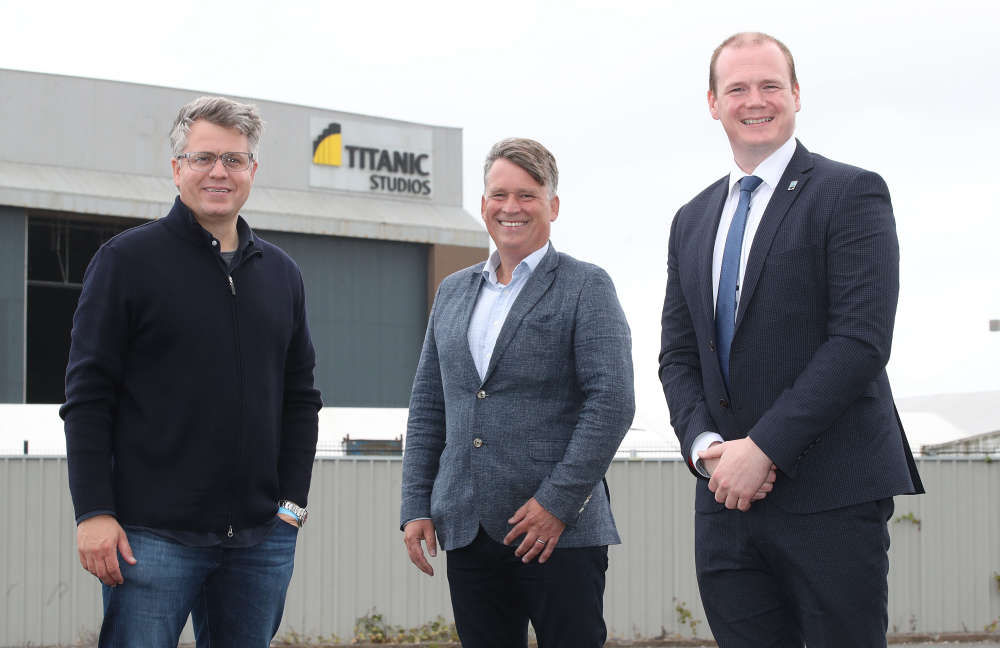