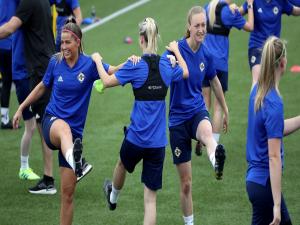 Northern Ireland goalkeeper Jackie Burns says there’s a real buzz around the senior women’s team camp on the back of qualification for the Euros.

Burns, 24, was part of the squad which saw off Ukraine over two legs in April’s play-off to claim a spot at UEFA Women’s Euro 2022.

Now the Cookstown stopper, who plays her club football at Glentoran, is relishing the prospect of the Green and White Army facing Scotland in an international friendly at Seaview on Thursday evening (7pm kick-off).

“I think there’s a good buzz in the squad right now coming off two brilliant wins over Ukraine and becoming history makers and qualifying for the Euros,” she said. “That’s given us an aim to go into this camp and play against Scotland and prove something and get a good result.

“From previous games against them they’ve always been tough opposition. I think with them not qualifying they are going to want to go and prove a point.

“It’s going to be a great contest on Thursday night and that will gives us a bit of fire in the belly to go and do something and get a result.” 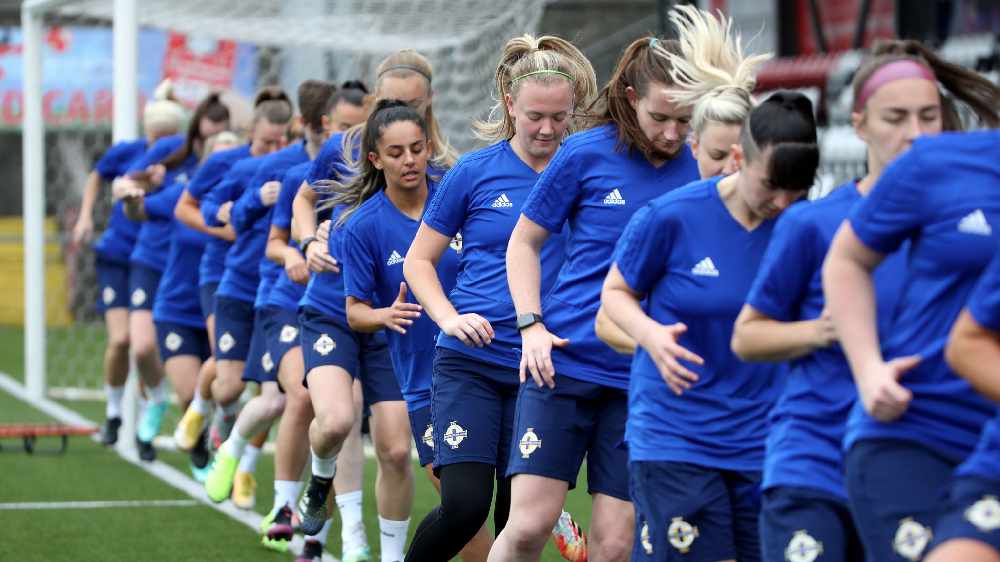 Final preparations ahead of taking on Scotland at Seaview. Pic: IFA.

And boss Kenny Shiels, who guided Northern Ireland’s women to their first-ever major tournament, is looking at the bigger picture and says it’s key his players build on the momentum with performances on the pitch.

“It’s important that we hit the right spots and that we don’t put a total focus on the single game. We’ve addressed the players about the culture of where we are and what point we have reached,” said Shiels.

“I’m confident if we can take the next step and we make progress – whether that’s on the back of a defeat or a draw or from a victory – it’s important that the focal point is to progress.

“Because we have achieved something so great it doesn’t mean that we talk about what we’ve done … we want to move on and try and improve again.”