Glens stay top, Reds hot on their heels - and Sion beat the Blues 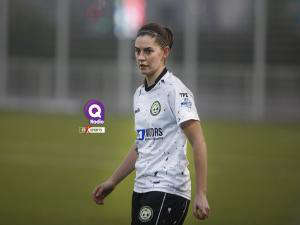 Glentoran remain on top of the Danske Bank Women’s Premiership after a three-goal victory over Crusaders Strikers, but Cliftonville Ladies stay hot on their heels.

The Glens triumphed thanks to second half strikes from Kerry Beattie, Joely Andrews and Lauren Wade against the Strikers, who remain in third.

Cliftonville are just one point off the pace with two games in hand thanks to a thumping 6-1 victory at Derry City Women.

Rachel McConnell was the star of the show for the Reds as she netted a hat-trick with Erin Montgomery grabbing two and Northern Ireland international Caitlin McGuinness adding a sixth late on.

Tara O’Connor tapped home a consolation for the Candystripes in the closing stages following a corner but it was a ninth win from ten league outings for John McGrady’s Cliftonville.

Sion Swifts Ladies have now won four of their last five league outings as they came from behind to edge out Linfield Ladies 2-1 at Melvin.

Striker Rebecca Bassett gave the Blues - who have now lost eight of their last nine games in all competitions - a first half lead but Sion fought back after half time.

Cora Chambers levelled in the 55th minute before Catherine Hyndman - a former Northern Ireland international who returned to Sion from Athlone Town earlier this month - netted the winner. 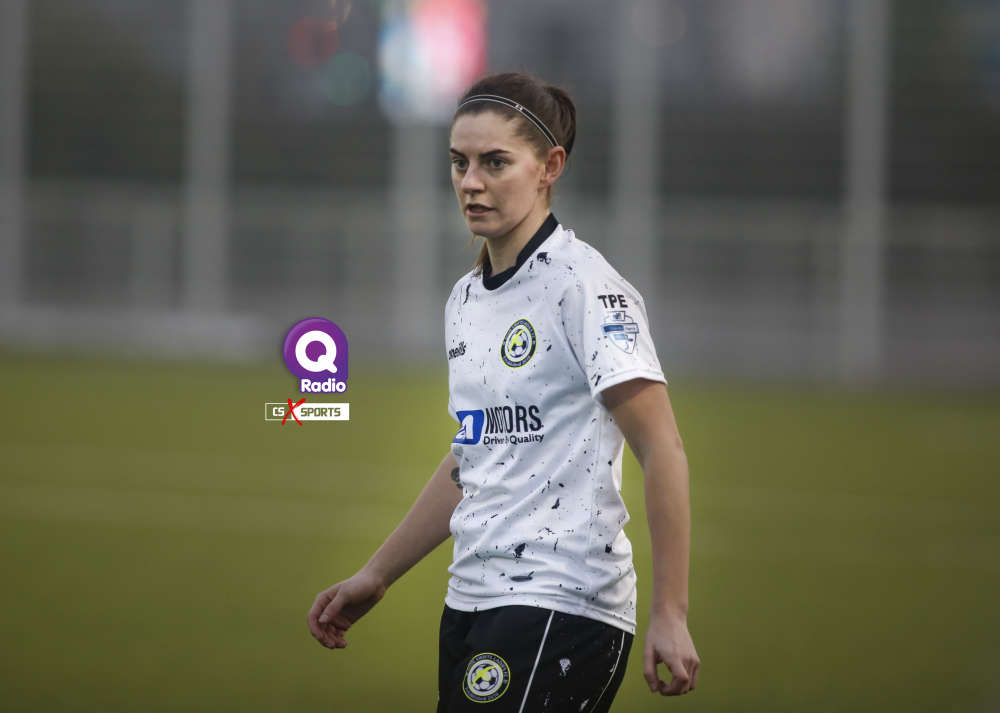 Catherine Hyndman, aka Dizzy, returns from Athlone Town and scores the winner as Sion beat Linfield 2-1 in Strabane 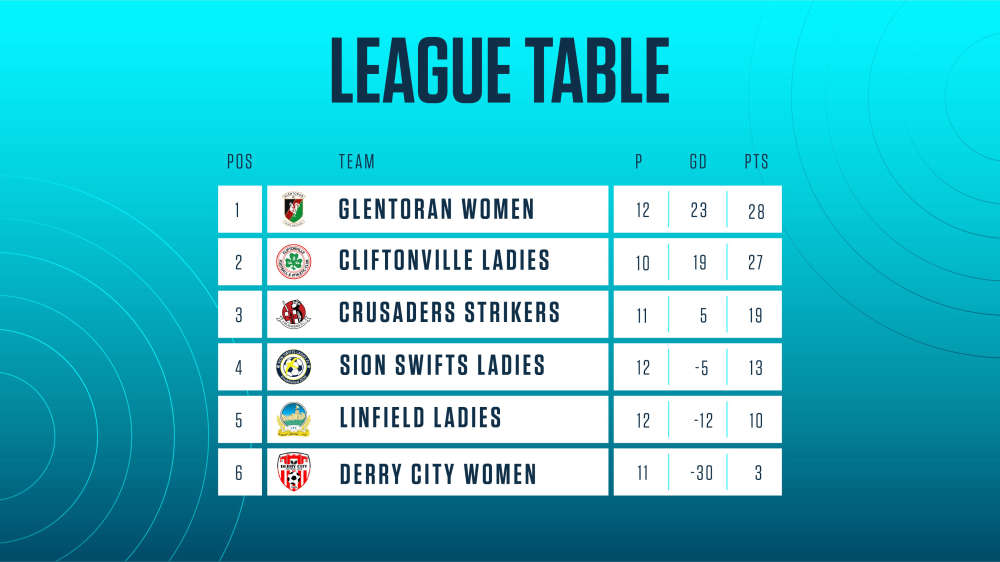 The men take centre stage on Thursday night with Linfield and Larne in European action.

They both have home ties in the Europa Conference League second qualifying round first leg.

The Blues face Banja Luka from Bosnia while Larne welcome Danish side Aarhus.