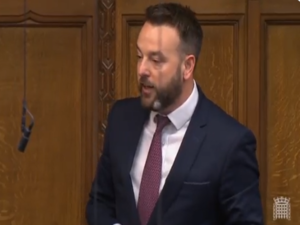 SDLP leader Colum Eastwood speaking in the House of Commons

Boris Johnson has faced demands to fast-track legislation to prevent a “petulant strop” from one party bringing down powersharing institutions at Stormont.

SDLP leader Colum Eastwood took aim at the DUP as he pressed the Prime Minister to act.

DUP leader Sir Jeffrey Donaldson recently threatened to withdraw his ministers and bring down the powersharing institutions if his demands over the Northern Ireland Protocol were not met.

But unionists in Northern Ireland have been vehemently opposed to its terms, which see additional checks on goods arriving to the region from the rest of the UK.

Speaking in the Commons, Mr Eastwood said: “Health waiting lists are through the roof in Northern Ireland, hard-pressed families are being hit by decisions from this Government, but the DUP has been hit by a bad opinion poll so they’re threatening to bring down the very institutions of the Good Friday Agreement.

“Will this Prime Minister commit today to fast-tracking the legislation going through this House, agree to the NDNA (New Decade, New Approach Deal) to stop the institutions coming down if one political party has a petulant strop?” 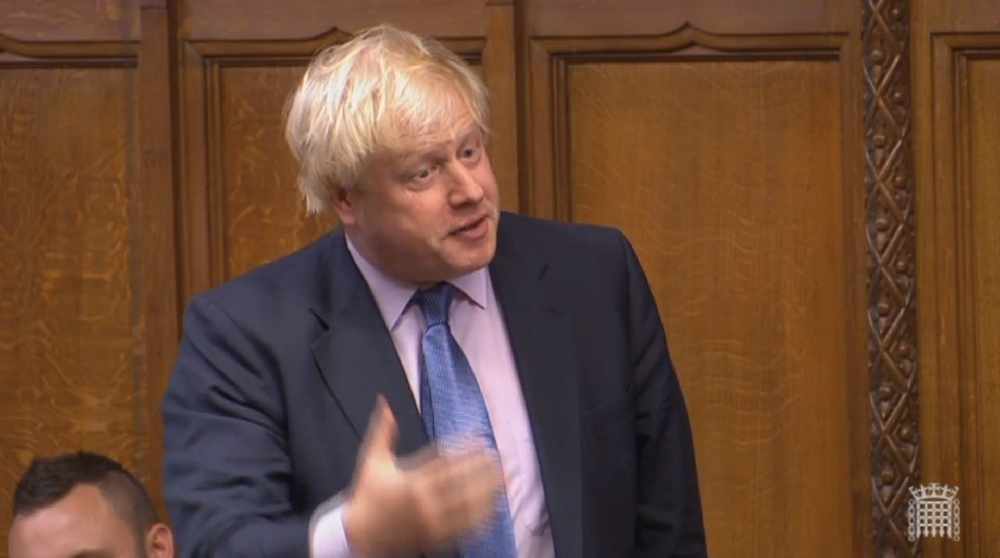 Mr Johnson replied: “I agree with him that it’s very important that the institutions of Northern Ireland should be robust and should continue.

“But I also think that a responsible government has to address the issues of the protocol, the lop-sidedness and the way in which the EU has chosen to interpret them I do not believe satisfies the Belfast-Good Friday Agreement, and that’s what we’re going to do.”

The Northern Ireland (Ministers, Elections and Petitions of Concern) Bill is currently making its way through Parliament.

It relates to undertakings the UK Government made in the NDNA deal, such as extending the time period within which a snap election must be called if devolution collapses again.

It would also lengthen the time allowed to appoint Northern Ireland ministers after an election, and also allow ministers to stay in office for up to 24 weeks or for up to 48 weeks if the first minister or deputy first minister resigns.