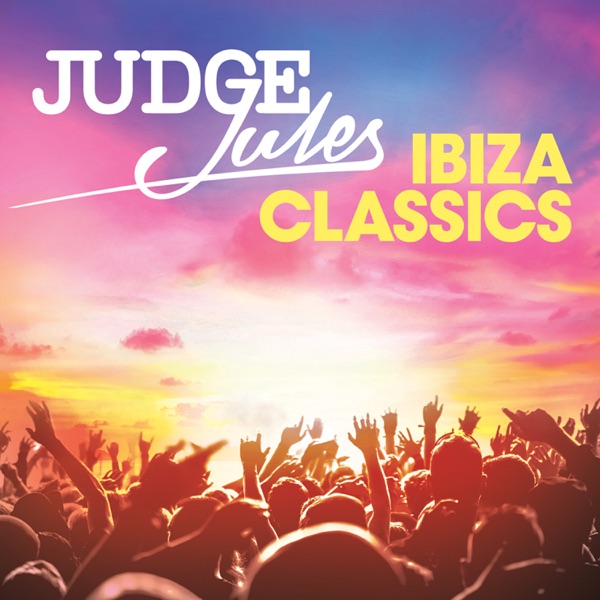 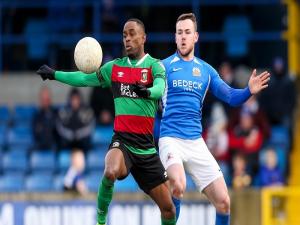 Not over yet. IFA confirms season extension.

The Irish FA has confirmed, as expected, the football season here can be extended beyond the specified end-of-season date of May 31st.

The Northern Ireland Football League and other leagues had asked for more time to complete the current campaign.

NIFL is set to decide the way forward after receiving a recommendation from its Covid-19 Steering Group at the end of next month.

The County Antrim FA and Ballymena Saturday Morning League have also requested and been granted an extension - up until July 31st.

IFA President David Martin has said those running the respective leagues "would have to take note of government and medical requirements when deciding on whether to return to action or not."

The opening of the registration period for professional contracts for next season has also been delayed as registrations can't start until the 2019-20 campaign has officially been concluded.

There's speculation a number of high-profile players could be on the move, including Coleraine goalkeeper Chris Johns. 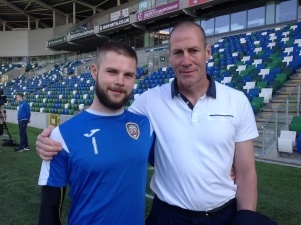 They were pictured previously at Windsor Park, but Johns junior could be set for a permanent move

to the national stadium by signing for Linfield.

The Blues were four points clear of the Bannsiders at the top of the Danske Bank Premiership with seven games to play when the action stopped in March because of Covid-19.

The Irish Football Association has granted the Northern Ireland Football League, which runs Northern Ireland’s top flight, and two other league bodies an extension to the 2019-2020 football season.

The decision was taken at a meeting of the association’s Football Committee last night.

It comes after the association wrote to league secretaries and divisional associations last month explaining that May 31 represented the end of the specified season and any league wishing to complete their season beyond that date would have to seek an extension from the committee.

Irish FA President David Martin revealed the committee had applications from NIFL, the County Antrim FA and Ballymena Saturday Morning League for extensions to the season.

He said these extensions - up to July 31 - had been granted and this would enable the three bodies to finish their leagues this season “if they so desire”.

NIFL, which runs the Danske Bank Premiership, the Bluefin Sport Championship and the Bluefin Sport Premier Intermediate League, has set a June 30 deadline to decide whether its leagues should be completed or cancelled due to the Covid-19 crisis.

It is understood NIFL’s preference is to finish the campaign in compliance with government guidance surrounding sporting events in the current lockdown.

The Irish FA President said those running the respective leagues would have to take note of government and medical requirements when deciding on whether to return to action or not.

“Health and safety of the players, managers, staff, referees and all involved in our games is the most important factor,” he added.

The decision by the Irish FA Football Committee also delays the opening of the registration period for professional contracts for next season. Registrations cannot open until the Irish FA declares an end to the 2019-20 season. 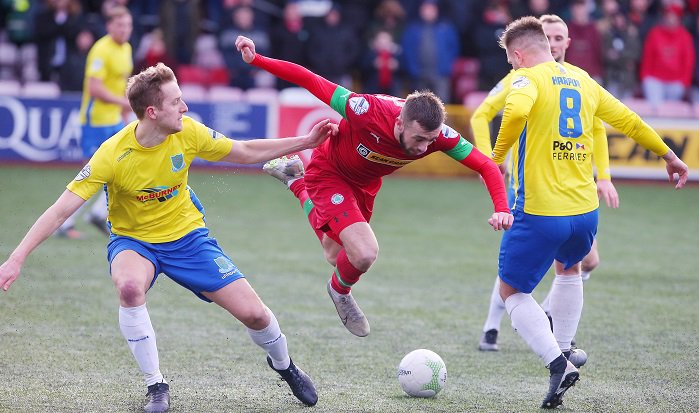 Action from earlier in this suspended season - Cliftonville against Ballymena.