U2 and Mary J Blige 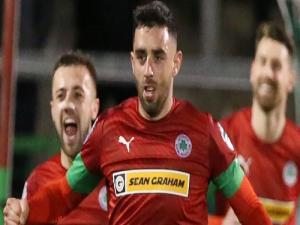 The Sky Blues had a 4-0 home win against the Welders in Wednesday night's semi-finals, with Adam Lecky hitting a hat-trick.

Meanwhile, a Joe Gormley goal gave the Reds a 1-0 victory over Glentoran at Solitude.

Veteran Glens keeper Elliott Morris made some brillliant saves and was devastated by the defeat...

“Means the world, it’s gutting, next step - we have to win something, achieve something...”

He's available when the transfer window opens in January.

The Antrim GAA star recently withdrew from the county squad for next season.

There's one match in the Danske Bank Premiership on Friday night.

A win for the Blues would move them to within four points of leaders Cliftonville with two games in hand.