My Head My Heart 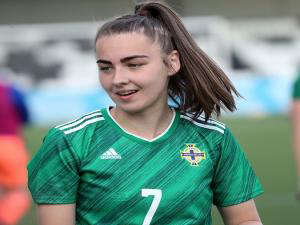 The fixture sees the return of fans to women's games at The Oval.

Second-placed Cliftonville are away to Derry City while Sion Swifts host Linfield.

Champions Glentoran Women are one point clear at the top of the standings but second-placed Cliftonville Ladies have two matches in hand.

The Reds travel to basement side Derry City Women on Wednesday night while Glentoran Women have a difficult assignment at home to third-placed Crusaders Strikers.

After last season’s shortened campaign due to the pandemic, this season sees a full restoration with each of the sides in the top-flight playing each other four times.

Elsewhere, Sion Swifts Ladies will be hoping to build on four wins from their last five games in all competitions as they host Linfield Ladies, who have lost seven of their last eight.

Cliftonville Ladies are massive favourites for this game and have won the last 15 meetings between the two sides in all competitions.

The Reds and ran out 4-0 victors at the venue on the opening night of the season - Marissa Callaghan and Caitlin McGuinness were on the scoresheet, while Niamh Connolly netted twice.

John McGrady’s Reds have picked up 24 points from nine matches this campaign but must be wary against a greatly-improved Derry City side who only lost out by one goal at Sion Swifts last week.

Glentoran Women know only a win here will guarantee they stay at the top of the standings but Crusaders Strikers are in fine form - winning six of their last seven matches.

The Glens have edged out both games this season - Danielle Maxwell’s goal separated the sides in a 1-0 win at The Oval on the opening day of the season before Casey Howe’s last gasp strike won their tie at Seaview last month.

The East Belfast side won both meetings last season but each game was tight, with scorelines of 2-0 and 1-0, while the Strikers won at The Oval in September 2019.

There have been only 13 goals in the last seven meetings between these two sides, and this encounter could be another low-scoring affair.

Sion Swifts picked up their first points of the season against Linfield earlier last month with a thumping six-goal win at Melvin and have hit top form since.

Now with Ryan McConville and Tony McGinley at the helm, Sion have leapfrogged the Blues into fourth with the two sides in sharply contrasting form.

Linfield won 3-0 on the opening day of the campaign but much has changed in each side since.

27 goals have flown in across the last six encounters. 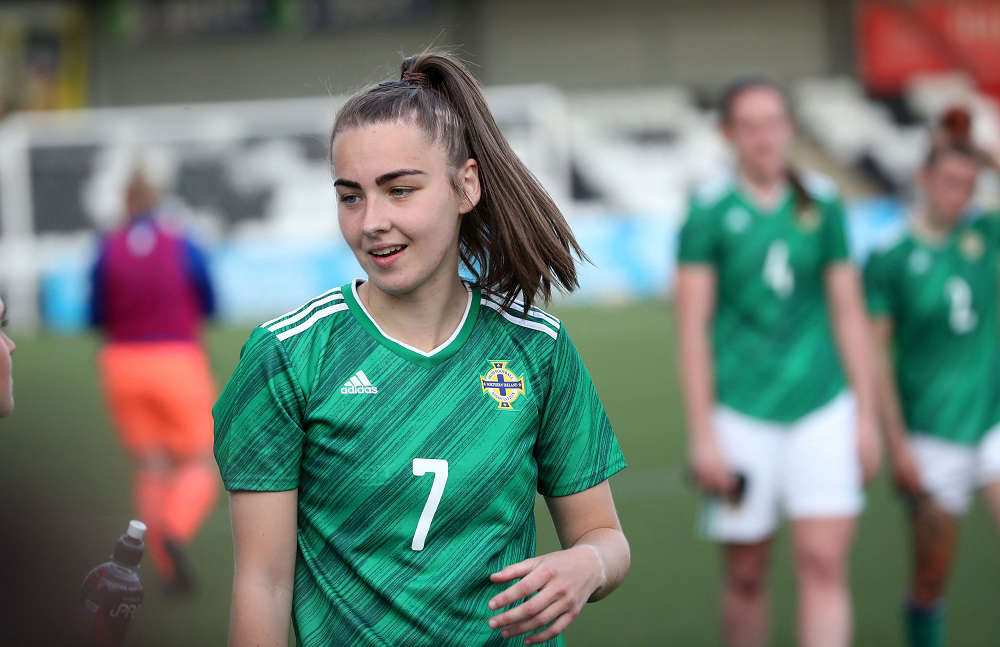 The 23-year-old won four league titles at Linfield prior to joining Birmingham City in 2020, but she has returned to the league after leaving the Midlands club earlier this year.

McCarron played in both legs of Northern Ireland's historic victory over Ukraine to reach the Euro 2022 finals and was an influential player throughout qualification.

The midfielder made 12 appearances for Carla Ward's Birmingham side, including 10 in the Women's Super League.

McCarron is the latest Northern Ireland international to join the ranks of the champions with Jackie Burns, Emma McMaster, Nadene Caldwell, Samantha Kelly, Caragh Hamilton, Kerry Beattie, Joely Andrews, Lauren Wade and Danielle Maxwell among those she played alongside at international level.