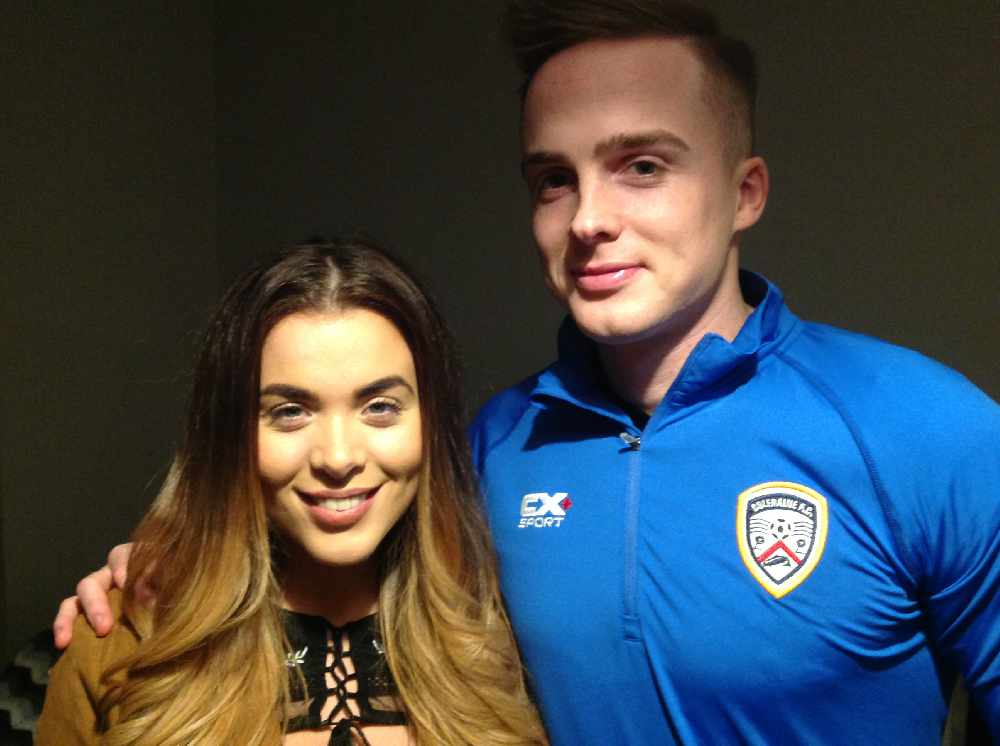 Dream team...Aaron Burns and other half Hannah Barratt.

The 25-year-old has joined the Bannsiders on a two-and-a-half year contract, rejecting offers of full-time football in England and Scotland...

Banbridge man Burns is keen to put the record straight on reports he's leaving Windsor because of issues in the changing room...

Oran Kearney's men host the Blues in the Danske Bank Premiership on Tuesday night but Burns has just recovered from injury and won't be facing his former club.

A win would move the Stripes into top spot, two points above Crusaders.

So will it be difficult for Aaron cheering on his new team against the club he's grown up with?

He says he'll always have a soft spot for Linfield - but there's no question of divided loyalties...

Also at 7.45pm on Tuesday, Dungannon Swifts welcome the Crues to Stangmore Park for a BetMcLean League Cup semi-final.