It's Gonna Be Me 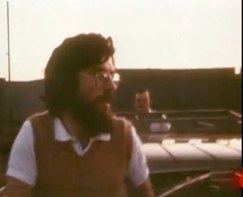 The family of a "Disappeared" victim of the Northern Ireland Troubles has said it is delighted human remains have been found in the French forest where it is believed he was secretly buried more than 30 years ago.

Seamus Ruddy, a 32-year-old teacher from Co Down, was abducted from Paris then murdered and buried by republican paramilitary group the INLA in 1985.

The Independent Commission for the Location of Victims' Remains (ICLVR) announced on Saturday that it had made the discovery at Pont-de-l'Arche near Rouen in northern France.

Experts began a fresh search of the wooded area on Tuesday.

"We would like to thank the ICLVR and the forensic team.

"And we are very grateful to the French authorities for their role in facilitating the search.

"We would especially like to thank those who gave the vital information which has helped to find him.

"We have waited a long time and prayed for the day that he could be given a Christian burial in Newry."

The commission said the process of recovering the remains would take some time.

A post-mortem examination and formal identification will then be carried in conjunction with the French authorities.