No Good In Goodbye 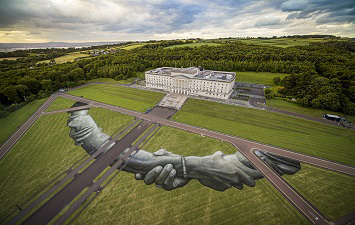 Belfast is the latest city across the world to host Swiss-based French graffiti artist Saype’s Beyond Walls project.

A gigantic, bio-degradable lawn fresco of intertwined hands will be displayed at Stormont Estate from June 14 as part of the Belfast Photo Festival.

While the scale of the artwork is hard to appreciate from ground level, drone shots reveal intertwined hands in front of Parliament Buildings.

It comes at a time when the power-sharing institutions are unable to function.

The DUP has refused to nominate a new speaker following last month’s Assembly election, or new ministers to serve in a fresh Executive, until the UK government takes action over the Northern Ireland Protocol which unionists oppose as a border in the Irish Sea.

The artwork is designed to advocate solidarity, dialogue and friendship beyond geographical and societal constraints around the world.

Previous iterations have appeared in Ouagadougou, Paris, Geneva and Dubai among other locations.

Saype described working with the history of each location to find a special meaning.

“Everyone knows the troubles and history of Belfast, however, I have been painting in front of the Parliament which is, for me, a place where people come to speak to each other to find a common solution, and I think in this project, hand in hand, that will be able to create the right future, that’s why I chose this place,” he told the PA news agency.

“We spoke with a lot of people and were warmly welcomed.

“When people see my work, they said, ‘super cool, we need this kind of message right now, but we can’t understand the painting on the ground’, and then when we show the picture (from the drone), they say ‘wow’, and they love the idea that when you’re in front of a situation you don’t understand what it is, and when you take a little bit of distance, you see it more clearly.”

The project is part of the Belfast Photo Festival and is supported by the Embassy of Switzerland in the UK.

Festival director Michael Weir said: “Saype’s artworks are best perceived by drone, a lens in the sky, opening up questions how we access an art piece, even when the vantage point is out of our physical reach.

“Due to the fleeting lifespan of his art, photography is an integral part of the process, capturing the tangible presence and preserving its message for people to enjoy, even when the physical piece has long disappeared.”

Swiss Ambassador to the UK, Markus Leitner, added: “Saype’s message of global connectivity and sustainability is part of a number of activities we are organising and supporting in the context of the Embassy’s #WeAreSwitzerland tour in the United Kingdom.

“Through this initiative we will connect with the Swiss citizens, companies, artists and researchers in the UK and will forge new synergies with our local partners in politics, science, business and culture across all nations of the United Kingdom in the month of June.”

The Beyond Walls project is accessible to the public from June 14 for about two to three weeks. 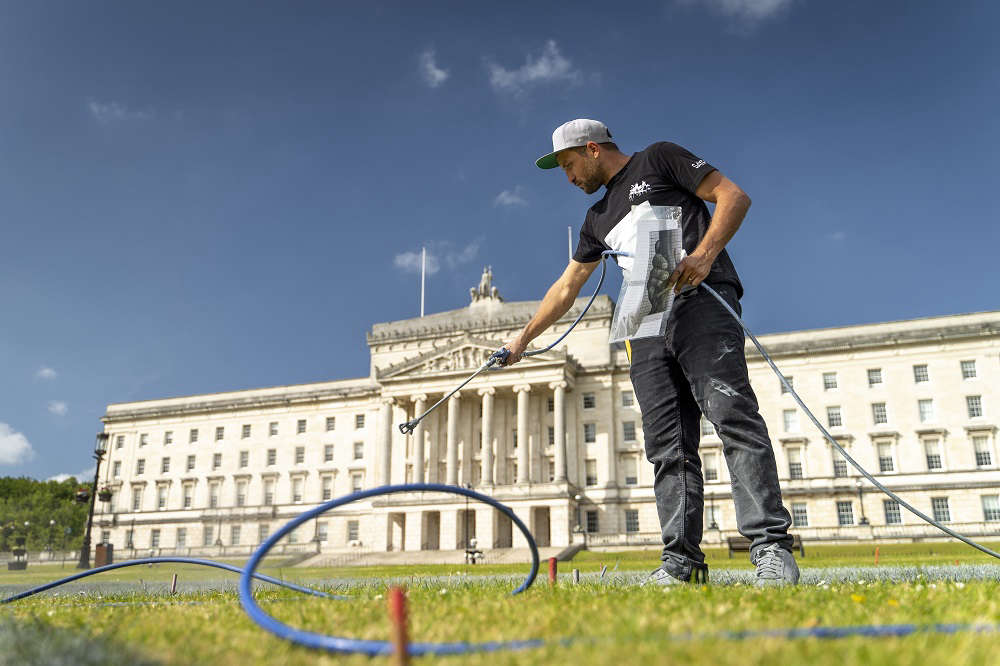