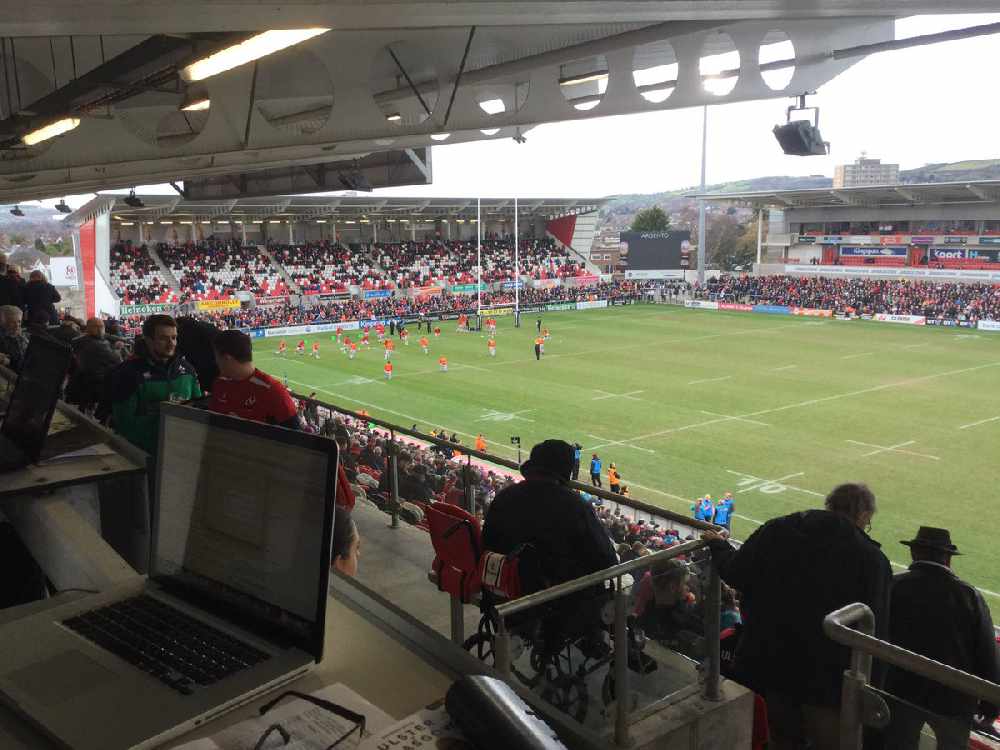 Ulster have moved above Glasgow Warriors in the Pro12 table after beating them 37-17.

Tries came before the break courtesy of Tommy Bowe and Sean Reidy.

Replacement Jacob Stockdale scored a brace, while a try from Ruan Pienaar secured the bonus point win that takes Ulster into fifth.

Full-time at Kingspan Stadium and it's a bonus point win for Ulster over Glasgow! #SUFTUMLive #ULSvGLA pic.twitter.com/Blf86vtAft

Ulster took ten minutes to get on the scoreboard, Ruan Pienaar putting over a penalty kick after Callum Black and Marcell Coetzee combined well over the ball.

It was his replacement, Jacob Stockdale, who came to Ulster's rescue a minute later as Mark Bennett crashed up close to the line only for the young winger to prevent a try by stopping the next man out wide.

It was the other winger, Tommy Bowe, who both started and finished Ulster's first try, breaking all the way from Ulster's 22 into the Glasgow half and eventually finishing off after Stockdale showed great hands to set him over.

There was great concern for Glasgow winger Lee Jones, who had to be carted off the pitch with a really bad head knock, before Ulster got their second try as Sean Reidy managed to wriggle over from close range.

Everything seemed to be falling Ulster's way, even though Glasgow had the lion's share of possession and territory, but the Scots would go in at the break with a score to their name as Brandon Thomson crossed with the last play.

Pienaar got the scoring underway in the second half with a penalty three minutes after the restart, before the hosts got their third try as a delightful pass from Luke Marshall set Stockdale through a gap and under the posts.

Four minutes later and the bonus point try came and it was the best of the lot, Bowe making an excellent try saving tackle before Ulster put it through nine pairs of hands allowing Pienaar to outpace the last man on the outside for the score.

Arguably Ulster could have scored two or three more in the next ten minutes as both Craig Gilroy and Rob Herring went close, and it looked like the riot would be completed when Rob Harley was yellow carded for a dangerous clear out.

Remarkably Glasgow fought back through two tries from Scott Cummings. The second was definitely a score as he crashed over under the posts, but there were definitely questions over the first with the replays showing he had knocked it on in the act of grounding it.

Any fears of a Super Bowl style comeback were quelled, however, as Stockdale scored his second, chipping over the top and regathering to score himself, ensuring Ulster will end the weekend above Glasgow in the table and still in touch with the top four.

Today was a good day at the office. Congrats to @marcell_coetzee on his first MOTM and thank you to the 15777 supporters who Stood Up! pic.twitter.com/SXkXaJKXDU