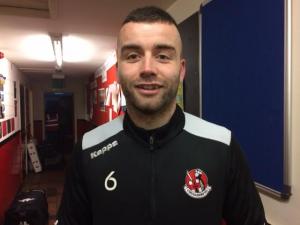 Crusaders remain 7 points clear at the top of the Danske Bank Premiership table.

It's after a 2-1 victory over Ballymena United at Seaview on Saturday.

FULL TIME: @CrusadersFC 2-1 @BallymenaUnited. 7 points clear at the top! Safe 🏡 to all supporters, players and officials of both clubs 🔴⚫🔴⚫

and Glentoran and Glenavon played out a goalless draw.